After a few years of decline, cap rates for the single tenant net lease sector stabilized in 2017, and so far, have remained relatively stable in 2018. In the first quarter, the rates increased for the retail and industrial sectors by just three bps and four bps respectively, according to a new study by the Boulder Group, a net lease firm in Northbrook, IL. Cap rates for net lease office properties remained unchanged. Net lease transaction volume also remained steady, and in 2017 finished at $54 billion which was similar to 2016, according to CoStar. 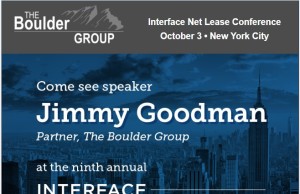