The brand new Chick-Fil-A property is strategically located along Northside Drive, the main north-south thoroughfare in Atlanta’s West Midtown neighborhood. The West Midtown submarket is experiencing tremendous growth with 10% population growth, 12.7% rise in total households and a daytime population in excess of 290,000 people. The property is positioned approximately one-half mile from the Georgia Tech campus which has a total enrollment in excess of 25,000 students. There are over 150,000 people living within a three mile radius of the property. The Chick-Fil-A is benefitted by its close proximity to Atlanta’s only IKEA location.

Randy Blankstein and Zach Wright of The Boulder Group represented the purchaser in the transaction; a Midwest based real estate development firm in a 1031 Exchange. The seller was Southeast based partnership.

“The market for long term ground leases located in top MSAs remains active as these assets are highly sought after amongst private investors” said Randy Blankstein, President of The Boulder Group. Zach Wright of The Boulder Group, added, “Due to their limited supply, new construction Chick-Fil-A ground leases are highly sought after amongst the investment community.”

The Boulder Group is a boutique investment real estate service firm specializing in single tenant net lease properties. The firm provides a full range of brokerage, advisory, and financing services nationwide to a substantial and diversified client base, which includes high net worth individuals, developers, REITs, partnerships and institutional investment funds. Founded in 1997, the firm has arranged the acquisition and disposition of over $3 billion of single tenant net lease real estate transactions. From 2010-2015, the firm was ranked in the top 10 companies in the nation for single tenant retail transactions by both Real Capital Analytics and CoStar. The Boulder Group is headquartered in suburban Chicago. www.bouldergroup.com 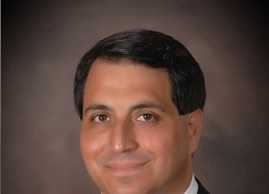