The Twin Cities is undergoing an apartment boom, and according to reports, there is no sign of it slowing down in the near future. Let’s look at the hard data before addressing the trends behind the multi-family housing real estate boom. We’ll also provide long-term projections for the Twin Cities apartment market. The Stats on the Twin Cities Apartment Boom

The Demographic Factors Driving the Boom

The Twin Cities enjoy a growing population and lower-than-average unemployment. Young people stay in the area, driving demand for apartments, while migrants come to the area for work. Young adults opt for apartments close to the city’s nightlife and to avoid a long commute in from the suburbs, while those who just relocated are not ready to commit to a house purchase. That results in far greater demands for apartments than single family homes. Yet the area has only built one new apartment for every twelve new jobs.

Another factor in this equation is the rise of non-traditional renters. Many Baby Boomers and empty nesters are selling their suburban homes and choosing to move into upscale rentals. They enjoy the space and amenities while eliminating the upkeep of a yard and the long commute downtown for work and cultural activities. Companies like Bigos Management are developing properties that cater to this upscale market while creating the sense of community people crave. For example, instead of packing people into apartments who rarely see each other, their developments have communal outdoor spaces like pools, barbeques and fire pits where people congregate. This is on top of workout rooms, pet-friendly policies and concierge services that residents appreciate.

The Twin Cities has mostly seen new apartment construction in downtown Minneapolis and Saint Paul. Half of all new units planned for construction will be in the suburbs, a figure expected to rise to 70% in the coming years. Senior housing is expected to increase, as well, though roughly a quarter of new apartments added since 2010 were aimed at seniors.

The rapidly growing Twin Cities apartment supply is barely keeping up with demand. While there are shifts in the demand for these units, expect the existing trends to continue for years to come.

- Boris Dzhingarov -
Bukit Sembawang Estates Limited is one of the most established and trusted developers in Singapore. They have been significantly producing magnificent homes satisfying the needs of numerous locals and investors too.

Why You Should Invest in Florida Real Estate Market

How The “We Buy Houses” Service In Memphis TN Works 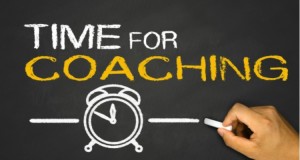 How to Find a Reputable Real Estate Investing Coach 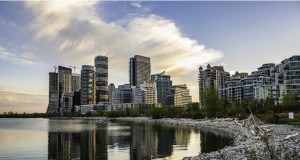