Alexandria, VA – November 22, 2011 – (RealEstateRama) — The 362,000-member National Taxpayers Union is warning citizens and urging Congress to oppose the just-introduced conference report on the “Minibus” appropriations bill. The legislation claims to save money, but in reality is a bloated mess, and the cherry on top is a proposed Federal Housing Administration (FHA) rule change to conforming loan limits that would authorize taxpayer backing of a high tier of “jumbo” home loans that ironically would only help roughly the top 1 percent of home purchases.

The controversial protest movement “Occupy Wall Street” has made hay complaining about disparities between the so-called “99 percent and the 1 percent.” While the use of this analogy is not always accurate or fair, some in Washington seem intent on making sure this broken clock is right at least once as they consider subsidizing home loans up to $729,750. Insuring loans this large through FHA likely means American taxpayers would be backing multi-million dollar residences.

For reference, the pre-bailout loan limit was “just” $417,000,an amount that would still cover 92 percent of all home purchases. Federal involvement in the mortgage market has already cost taxpayers a staggering $186 billion.

“The Occupy movement’s misunderstanding of who pays income taxes may be maddening to overburdened taxpayers and Tea Party activists, but both groups should be able to agree that public money should not be risked to back mortgages on extraordinarily expensive homes,” said NTU Vice President of Government Affairs Andrew Moylan. “Perhaps this combined ire can dissuade Congress where recent experience has clearly failed, and save taxpayers from another poor piece of legislation like the ‘Minibus.’”

To request a comment or schedule an interview with an NTU expert on this topic, contact Communications Manager Doug Kellogg at "> 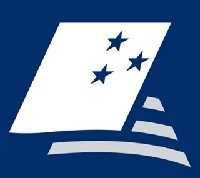