WASHINGTON – June 23, 2016 – (RealEstateRama) — On Friday, President Obama will speak at the 7th annual Global Entrepreneurship Summit (GES), bringing together over 700 entrepreneurs from every corner of the globe—and from all across America. Entrepreneurship is a fundamental American value, and it is also a force that has the ability to unlock opportunity for people globally. GES is a reflection of the U.S. Government’s commitment to utilizing entrepreneurship as a foundational tool to build more economically prosperous, secure, and globally connected communities around the world.

With the eyes of the world on Silicon Valley, today the Obama Administration is announcing new commitments to advance inclusive entrepreneurship and innovation here at home. These announcements build on a week where the Administration has highlighted a powerful record of progress in fueling American innovation over the last seven and a half years and announcing new steps to build on those efforts—including supporting advanced manufacturing and making, publishing a new rule to enable non-recreational use of unmanned aircraft, and supporting next-generation technologies.

America’s spirit of innovation is a major reason why the U.S. economy is the strongest and most durable in the world, and it has inspired admiration from across the globe for generations. Since the beginning of his Administration, President Obama has worked to strengthen our innovation advantage—through investments and reforms to drive technological and scientific breakthroughs that will power our economy and further enhance America’s leadership in the industries of the future.

Today’s announcements build on the first-ever White House Demo Day, held in August 2015, which focused on inclusive entrepreneurship and welcomed startup founders from diverse walks of life to demonstrate their innovations at the White House. Also, in response to the Administration’s efforts to inspire a diverse generation of innovators, the #SeeHer initiative to improve equal representation of women and girls in media was announced at last week’s White House United State of Women Summit.

While America’s entrepreneurial economy is the envy of the world, there is still much work to do to ensure that the United States is tapping the full entrepreneurial potential of Americans, so that individuals from all walks of life have a straight shot at success.

For example, just three percent of America’s venture capital-backed startups are led by women, and only around one percent are led by African-Americans. Female entrepreneurs start companies with 50 percent less capital than male entrepreneurs, and only about four percent of U.S.-based venture capital investors are women. Capital for innovative startups is predominantly available in only a handful of large cities, making high-growth business creation a challenge in other locations.

A new independent report released today by Intel Corporation and Dalberg Global Development Advisors quantifies the economic impact of improving diversity in the tech sector, estimating that an additional $470 to $570 billion in new value for the U.S. technology industry could be generated through full representation of ethic and gender diversity.

Details on the 2016 Global Entrepreneurship Summit

Following his historic 2009 Cairo speech, President Obama elevated innovation and entrepreneurship in the U.S. global engagement agenda and hosted the first GES at the White House in 2010. Over the past 6 years, the United States has been a leader in catalyzing entrepreneurship globally by developing innovative ecosystems; advocating for stronger business climates through rule of law and transparent business conduct; promoting entrepreneurship for all, including women, youth, and marginalized communities; and mobilizing the private sector to expand impact.

GES 2016 brings together entrepreneurs and investors from across the world for dynamic, outcome-oriented sessions; mentoring; and opportunities to showcase their work. GES has become a preeminent annual gathering that provides emerging entrepreneurs with exceptional networking, insight, and investment opportunities.  This year’s GES, held in the heart of Silicon Valley, also includes diverse entrepreneurs from every corner of America.

New Steps Being Announced by the Administration Today

Today, the White House is announcing steps by the Administration to advance inclusive entrepreneurship and to make the innovation economy more accessible to all Americans. These actions build on prior efforts to expand the technology-talent pipeline, cut red tape, and accelerate research discoveries from the lab to the marketplace. New actions include:

Today, companies, universities, non-profits, and other organizations are announcing new actions to foster inclusive entrepreneurship and enhance diversity throughout the Nation’s innovation economy

These inaugural signatories are resolving to take action to make the technology workforce at each of their companies fully representative of the American people, as soon as possible. To view the full Tech Inclusion Pledge, click HERE.

In the coming months, the White House will work to bring companies together to discuss long-term strategies for building a more inclusive tech workforce and expanding the number of companies making concrete progress over time, including by fostering a community of practice driven by research-based measures.

Many additional companies, nonprofits, universities, and others around the country are announcing new actions to promote inclusive entrepreneurship, in response to the President’s call to action: 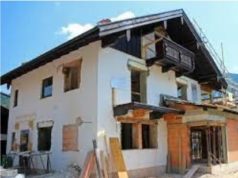 - RealEstateRama -
Kansans struggling to cover high utility bills and energy costs may qualify for free upgrades to make their homes more energy efficient. The assistance, made available through the state’s Weatherization Assistance Program, improves heating and cooling efficiency and saves energy by ensuring homes hold in heat and air conditioning while keeping hot and cold air out.