CORONA DEL MAR, Calif. – (RealEstateRama) — Hanley Investment Group Real Estate Advisors, a nationally-recognized real estate brokerage and advisory firm specializing in retail property sales, announced today that Executive Vice President Jeremy McChesney has completed the sale of three 7-Eleven properties in separate transactions for a combined value of $9,130,000. The properties are located in Los Angeles, San Diego and Bakersfield, California. One of the transactions had a record-low cap rate for 2017. McChesney has now completed the sale of 23 7-Eleven properties in the last 2.5 years, the most 7-Elevens sold by one individual in the U.S. during this same period.

“These sales highlight the continued demand by investors for high quality, investment grade net-lease and two-tenant properties and investors’ willingness to look in major metros to find them,” said McChesney. 7?Eleven, Inc. is the world’s largest chain in the convenience retailing industry. Based in Irving, Texas, 7?Eleven® operates, franchises and/or licenses more than 63,000 stores in 18 countries, including 10,900 in North America. In Los Angeles, McChesney negotiated the sale of a two-tenant retail property occupied by 7-Eleven and Launderland Laundry at 1661 and 1665 S. Robertson Boulevard. Built in 1977, the 4,722-square-foot building sits on .31 acres at the signalized corner of Robertson Boulevard and Airdrome Road with daily car counts exceeding 57,000 cars per day. Within the one-mile trade area, there are more than 43,000 residences with an average household income of $98,000. The purchase price was $4,395,000, representing 100 percent of the asking price and $931 price per square foot. The closing cap rate was 4.03 percent. According to CoStar, this sale represents the lowest recorded closing cap rate in the nation for a multi-tenant 7-Eleven property in 2017. McChesney represented the seller, a private investor from Los Angeles. The buyer, a private investor from Los Angeles, was represented by Michael Irvine with Bulldog Realtors in Venice, California, in the 1031 exchange.

“Both 7-Eleven and the laundromat have a 40-year operating history at this site and recently signed a 10-year lease extension, which speaks to the strength and performance of this location,” said McChesney. “Launderland is also investing over half a million dollars remodeling the store and upgrading their equipment, which further validates their long-term commitment to this location.”

In Bakersfield, McChesney completed the sale of a single-tenant corporate guaranteed 7-Eleven store and gas station with a new 10-year extension. The 3,000 square feet building, which was built in 1997 on 1.06 acres, is located at 5203 Olive Drive at the signalized intersection of Olive Drive and Knudson Drive with 41,000 cars per. Over 70,000 people with an average household income of $71,000 reside within three miles of the property.

“We opened escrow on the second day of formal marketing of the property and worked quickly to accommodate the exchange buyer’s needs and closed escrow in 14 days,” said McChesney. “7-Eleven has operated out of this location for over 20 years and recently elected to extend their lease prior to the lease expiration, which speaks to the success of the store and the strength of the location.”

McChesney also completed the sale of a single-tenant corporate guaranteed 7-Eleven at 8508 San Carlos Drive in San Diego. Built in 1970, the single-tenant 2,403-square-foot building sits on .22 acres at the intersection of Bisby Lake Avenue and San Carlos Drive in the Lake Murray neighborhood, a dense affluent area of San Diego with over 125,000 people with an average household income of $86,570 within three miles of the property.

“7-Eleven has a long history at this location,” said McChesney. “7-Eleven has successfully operated out of this location for over 50 years and had recently extended its absolute triple-net lease with eight years remaining on its primary lease term.”

McChesney added, “An absolute triple-net lease is highly favored by investors as this type of lease requires little to no landlord responsibilities, thus offering a passive income stream. We sourced the buyer on the very first day of formally marketing the property and negotiated a 15-day escrow on behalf of the seller.”

With nearly 55 properties trading hands in 2017, what does McChesney expect for the remainder of the year? “With an AA- credit rating, zero land responsibilities and a lack of quality alternative investments, single-tenant 7-Eleven stores will continue to be one of the most highly sought-after retail investments in today’s market,” McChesney said.  McChesney currently has multiple 7-Eleven properties available for sale including single-tenant 7-Elevens in Missouri, New York, Ohio and Florida. 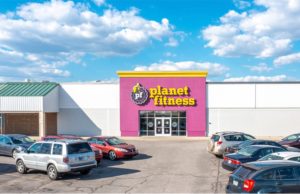