Kentucky will benefit greatly from this law as Kentuckians will continue receiving expedited propane deliveries during the ongoing propane shortage that has caused many residents’ heating bills to spike. Over 10 percent of Kentucky homes rely on propane for heat. Earlier this month, Senator McConnell helped facilitate Senate passage of the HHEATT Act to help ease the burden for these families. “The fierce winter has been costly and difficult for countless Kentucky families, businesses, and for our state’s agriculture industry which also relies on propane. As a strong supporter of this bipartisan legislation, I helped facilitate the bill’s Senate passage which will further extend emergency relief to Kentuckians in need and ensure propane deliveries are available in a timely manner,” Senator McConnell said. 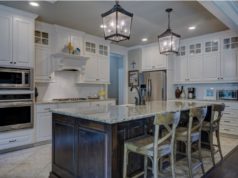 What Industries Could Thrive During Covid-19?

What You Should Know About Kansas City MO House Buyers

5 Tips for Maintaining Your HVAC System

- RealEstateRama -
If you are considering selling your home anytime soon then you should certainly look into projects that will increase the value of your home. You can consider asking a professional in the business, such as an architect or even an estate agent to see if your proposed renovations will effectively increase the value of your property in the long run. They will have an insight into the beneficial projects in your area and how they could add value to your home. The main focus is whether the money you spend will be reflected in the increased value of your property.