WASHINGTON, D.C. – (RealEstateRama) — A Cuyahoga County Land Bank employee was indicted for soliciting and accepting improvements to his property in Cleveland Heights in return for assisting a demolition company get contracts.

“Competition in federal blight demolition programs is critical to protecting taxpayers, with no room for contract awards involving bribery, as is alleged against this land bank official,” said Special Inspector General for the Troubled Asset Relief Program Christy Goldsmith Romero. “Cuyahoga County Land Bank has taken nearly $60 million from TARP’s Blight Elimination Program to demolish homes and improve local communities. It is critical that these taxpayer funds be used appropriately and for their intended purpose. I thank U.S. Attorney Justin Herdman and his team of prosecutors for standing with SIGTARP in the fight against blight-related crime.”

He vetted prospective demolition contractors seeking to be placed on the Land Bank’s list of qualified contractors and exercised influence over who could compete for Land Bank contracts, according to the indictment.

Residential Commercial Industrial (RCI) Services was a demolition company whose principal place of business was East Cleveland. It was operated by someone identified in the indictment as M.R. A person identified as M.S. served as chief of staff in the city of East Cleveland Tyson conspired with M.R. and M.S. between 2013 and 2018. Tyson solicited M.R. to provide free contractor and repair services to Tyson’s property at 1210 Castleton Road in Cleveland Heights. In exchange, Tyson assisted and arranged for RCI to be put on the Land Bank’s qualified demolition contractor list and for RCI to be invited to bid on Land Bank demolition jobs, according to the indictment.

In October 2013, M.R. was billed approximately $2,565 for plumbing work done at Tyson’s property. That same month, M.R. paid someone approximately $1,000 to cut down a tree on the property, according to the indictment.

An East Cleveland employee, at the direction of M.S., sent documents and pictures to the Land Bank confirming RCI had previously completed demolition work in East Cleveland. Tyson and others conducted a site visit to RCI on Elderwood Road in East Cleveland, according to the indictment.

RCI was added to the Land Bank’s system as a demolition contractor on Nov. 21, 2013, allowing it to bid on Land Bank contracts. Five days later, the Land Bank invited RCI to bid on jobs at three sets of properties. RCI submitted the lowest bids on those jobs and was awarded the contracts, according to the indictment.

The Land Bank sent RCI three checks between January and March 2014, paying approximately $32,355 for the work, according to the indictment.

Around July 2014, RCI paid approximately $3,200 for concrete work done at Tyson’s property, according to the indictment.

“This defendant used his position to enrich himself with free home repairs when he was supposed to be helping rid our community of blight,” said U.S. Attorney Justin Herdman. “We remain committed to stamping out public corruption in all its forms.”

“The charges disclosed today prove our continuing resolve to root out fraud and corruption in all forms, especially when the programs involved should have been used to help our neediest families,” said HUDOIG Special Agent in Charge Brad Geary. “It is our continuing core mission to work with our Federal law enforcement partners and the United States Attorney’s Office to protect the integrity of our housing programs and to take strong action against those who seek to personally benefit from taxpayer-funded grants.”

This case was investigated by SIGTARP, the Department of Housing and Urban Development’s Office of Inspector General, , the Federal Bureau of Investigation and the Internal Revenue Service – Criminal Investigations. It is being prosecuted by Assistant U.S. Attorneys Carmen E. Henderson and Chelsea S. Rice.

A charge is not evidence of guilt. A defendant is entitled to a fair trial in which it will be the government’s burden to prove guilt beyond a reasonable doubt.

About SIGTARP
The Office of the Special Inspector General for the Troubled Asset Relief Program (SIGTARP) is a federal law enforcement agency that targets crime at financial institutions or in TARP housing programs and is an independent watchdog protecting the interests of the America people. SIGTARP investigations have resulted in the recovery of $10 billion and 263 defendants sentenced to prison. 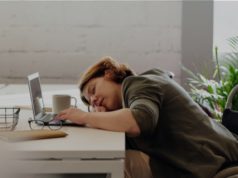 5 Reasons To Do Pest Inspection Before Buying A Home 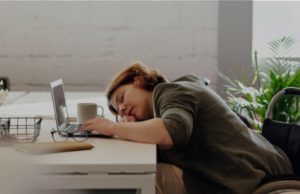 - RealEstateRama -
In today's diverse and inclusive workplaces, people have started to accept disabled colleagues in their organizations with decent pay and facilities. Various companies have created flexible policies to hire, assist, and design the workplace according