The Award-winners were selected by a jury composed of three industry-related executives from outside the NeighborWorks network, as well as last year’s winners. This year’s Award-winners are as follows:

Today, the Coachella Valley Housing Coalition is an award-winning, nonprofit affordable housing development organization, one of nine U.S. Department of Agriculture Self-Help Housing Technical Assistance providers in the State of California and is amongst the largest producers of Mutual Self-Help housing in the country. CVHC has constructed more than 1,600 single-family homes and 2,433 apartments that provide affordable housing for more than 4,000 families of very low- and low-income levels. Every CVHC housing community is built with a solid commitment to partnerships, vision and extensive community planning.

Under Mealey’s leadership, CVHC has been the recipient of many notable national awards and accolades, including local community recognition. Some of its most noteworthy awards include the Fannie Mae Maxwell Award of Excellence; Developer of the Year Award from the Southern California Association of Nonprofit Housing; in 2003, the Fair Housing Council of Riverside County named CVHC “Champions of Justice”; in 2015, the Rural Community Assistance Corporation presented to Mealey its William French Award. And finally, most recently, in 2016, Mealey’s lifelong efforts were honored in the Congressional Record by Dr. Raul Ruiz, a member of the United States House of Representatives (CA-36), which means his contributions have been memorialized in our nation’s archives.

Practitioner of the Year Award (Prize: $2,500) – This Award recognizes an executive director, staff, or board member who has been particularly successful with special projects, turnaround accomplishments, internal operations, best practices, and/or any other special accomplishment or contribution to the industry and the NeighborWorks Network.

This year’s winner is Tony To, executive director. For the past 22 years To has played a pioneering role at HomeSight in Seattle, Washington. To’s commitment to affordable housing and community development, along with his steadfast belief in equity have led to innovative approaches to providing housing, asset building to anchor cultural institutions, and investment in organizational capacity to have a greater impact in the communities HomeSight serves.

Starting off as a Project Manager for Homesight, Tony oversaw the development of the Pacific Northwest’s first two-story manufactured-housing neighborhood. An innovative approach to providing affordable housing, Naji Gardens won national recognition. During his time as Deputy Director of HomeSight, To made it a priority to invest in Southeast Seattle’s cultural anchors, managing the Eritrean (eh-rit- tree-an) Community Center project, the Filipino Community facility expansion, and the Wing Luke Asian Museum new facility project (a $24 million project). These efforts resulted in an increase in assets for the three diverse community centers and the preservation of Southeast Seattle’s multicultural fabric. For the past 11 years, under To’s leadership as Executive Director, HomeSight not only weathered the financial crisis, but emerged stronger with $30 million in total assets, a 90% increase since 2005, and the highest level of unrestricted net assets in HomeSight’s 25 year history. 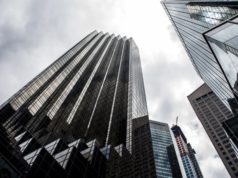