WASHINGTON, D.C. – October 30, 2014 – (RealEstateRama) — Congresswoman Eleanor Holmes Norton (D-DC) will speak at a 40th Anniversary of Home Rule for the District event, tonight, October 28, 5:30 p.m. at the John A. Wilson Building Atrium, 1350 Pennsylvania Avenue NW. Norton will be joined by former and current District of Columbia mayors and councilmembers as they reminisce about the challenges to achieve Home Rule for the District of Columbia, and rally together for the work that remains to be done to achieve budget and legislative autonomy, full voting rights in Congress, and, ultimately, statehood.

Norton got the only House vote on statehood, in 1993, not long after being elected to Congress. Almost two-thirds of the Democrats and one Republican voted for the bill, giving it a strong start, but the Democrats lost the House majority in the next Congress. Since that vote, Norton was able to get the D.C. House Voting Rights Act through the House in 2007 and the Senate in 2009, which would have given D.C. a voting House member, had it not been derailed by a National Rifle Association-backed amendment that would have wiped out D.C.’s gun safety laws.

Although the right to vote on the House floor in the Committee of the Whole, which Norton first won in the 103rd Congress, was approved by the federal courts, Norton proceeds without a vote to pass D.C. bills, successfully fight attacks on home rule, get D.C. rights traditionally afforded to states, expand home rule, get significant new support for D.C. statehood, and build unprecedented momentum for budget autonomy. 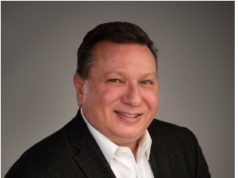 FINAL NEPA RULE WILL MAKE IT EASIER TO REBUILD INFRASTRUCTURE, REINVIGORATE THE ECONOMY AND CONTINUE PROTECTING THE ENVIRONMENT

5 Ways to Get Started in Real Estate Investing