Michael Massey, 26, of Lexington, Tennessee; and Demario Winston, 27, of Clarksville, Tennessee, pleaded guilty on May 29, 2015, before Chief U.S. District Court Judge Kevin H. Sharp of the Middle District of Tennessee to conspiracy to commit Hobbs Act Robbery and use of a firearm in a crime of violence resulting in death.  Massey also pleaded guilty to a separate count of Hobbs Act Robbery, and was ordered to pay $17,000 in restitution.

According to admissions reflected in the plea agreements, on May 7, 2011, Massey, Winston and others attempted to rob a home in Clarksville, and Massey used a sledge hammer to gain entry.  The conspirators previously had been advised that a large amount of cocaine and cash was stored inside a safe in the basement of the home.

The defendants further admitted that, while inside the home, Winston, who was armed with a 9mm pistol, engaged in a gun fight with the homeowner on the first floor as other conspirators attempted to force one of the occupants of the home, Raul Triana, to open the safe, and pistol-whipped him in the face in the process.  Evidence introduced in the plea hearing indicated that, in response to the shooting on the first floor, some of the conspirators fled the home, and Massey, who was armed with an assault rifle, fled through the basement where he encountered Triana and shot and killed him.

In addition, Massey admitted that, on Oct. 21, 2011, he and a co-defendant planned the robbery of the owner of a Clarksville-based construction company.  Massey, together with two others executed the robbery at gunpoint.

This case was investigated by the Clarksville Police Department and the DEA.  The case was prosecuted by Laura Gwinn of the Criminal Division’s Organized Crime and Gang Section and Assistant U.S. Attorney Lynne T. Ingram of the Middle District of Tennessee. 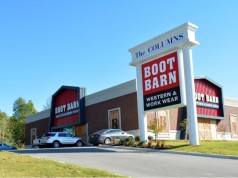