When you have some landscaping ideas, it’s difficult when the season gets in the way. It’s best to avoid doing any improvements in the winter to make a piece of real estate more attractive, but that all changes as spring are upon us. Here are four landscaping tips to try out this springtime.

1. Put Care into the Lawn

When either wanting your home to look its best or because renters expect more, taking care of the lawn after the ravages of winter is a smart move in April or May.

There’s a risk of crabgrass developing, which would be bad news because once it takes hold, it’s evident right through to the summertime unless it’s stamped out early.

Add some fertilizer to the grass to encourage its growth. Also, look for patches of barren or brown earth where the grass isn’t getting the moisture and sun rays it relies upon. Consider replacing a patch of lawn to resolve that problem, which can grow in nicely before the summer.

Also, don’t be afraid to use some weed killer if weeds have been growing aggressively recently.

2. Up Your Landscaping Game

If your landscaping has become a little mismanaged and scattered between late fall and until now, then it’s time to draw a line in the sand and move in a positive direction.

Clear some space to recreate the landscaping that’s already present but lacks definition and function. Order some new landscape stone that will fit into the remnants of what was there before to both reinforce and expand the existing landscaping to create a back yard with added definition. The inclusion of river rock, natural rocks, and pebbles will surely spruce up the place.

3. Do a Little Shrub Pruning

It won’t do your landscaping much good if your shrubs look worn out and unkempt. It’s certainly very obvious when no one has taken the time to tend to them in many months. Their unsightly appearance then stands out in the wrong way from the rest of the back yard. Knowing which shrubs to trim and those to leave alone is the tricky part.

With shrubs, if they surround the yard or have become part of it due to being so overgrown, it may require an hour or two with a trimmer to get them back under control again. Some parts may need removing if there are dead branches. Also, decide how you wish to reshape them before you start, to avoid getting into a creative muddle.

When plant growth is important to you, then it’s useful to test the soil every year or two. By using a soil testing kit, it’s possible to verify that the pH balance is correct, and plants have a reasonable chance of healthy growth.

Also, you can be alerted to which areas of soil lack sufficient nutrients. In which case, you can put greater effort into building out a compost bin and supplement with a nutrient-rich soil mix in the meantime.

There are simple soil testing kits that provide the answers. Also, there are professional level ones that give more results and may have greater accuracy.

By getting back into landscaping in the spring before summer comes, you get a jump on work that’s best done sooner rather than later.

Solar and Storage Industry: Companies Need to ‘Do the Work’ on Diversity, Equity, Inclusion and Justice

Previous articleWhat Should I Do When the Housing Market Gets Turned Upside Down?
Next articleShould You Buy Foreclosed Home in Orlando? 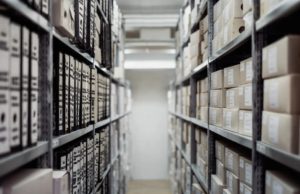 - Boris Dzhingarov -
If you're looking for a secure and convenient way to store your business's files and records, there are many different options available. Listed below are three of the most popular options. Self, Offline media, and Direct-attached. 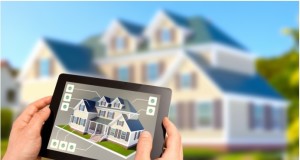 Buying a Fixer-Upper? 4 Ways to Pay for Renovation Work 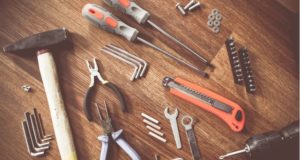 3 Tips for Selling Your Home During the Coronavirus Crisis

How to Make Money from Properties You Already Own