If you’re in California, you need to visit Riverside. Here’s why.

The largest city in the area of California known as the ‘Inland Empire,’ Riverside is a popular destination for people looking to escape the big city life of Los Angeles. Some sixty miles east, Riverside features beautiful architecture, a vibrant downtown area, and stunning views from its many mountain hikes.

Here are a few activity suggestions for visitors and residents. If you’re looking to move into the area, try https://socalhomebuyers.com/riverside/ for information and advice.

A Riverside landmark, Mount Rubidoux is the area’s most popular hike. Depending on the trail, it’s a maximum of four miles, and those miles are nothing short of stunning. Lined with cacti and native wildflowers, the trail also features some historical landmarks such as a peace tower, a huge cross that hosts the country’s oldest outdoor Easter service, and a stunning view of the Inland Empire.

This quirky science museum features a collection of medical artifacts, a medical library that dates to the mid-19th century, and photography. It also has a complete recreation of a 1920s doctor’s office, which is so realistic it even has vintage medicine bottles! Be aware, though, that you can’t just turn up. The museum is open by appointment only, Monday through Friday, and is closed on weekends.

Just near the downtown Riverside, Sycamore Canyon Wilderness Park features amazing hiking and running trails, mountain biking, and local wildlife including rattlesnakes. It’s also stunningly wild, especially given its location, and is filled with bright and beautiful native plants. The nature center at the entrance has a program of family-friendly activities, so don’t forget to look in!

A local legend, Graffiti Waterfall is one of Riverside’s best-kept almost-secrets. Along a mountain pathway that leads to the falls themselves, visitors can see years of artistic expression sprayed and painted onto the rock, and marvel at not only the artistry, but the bravery, that put it there. Its main feature is a single, steep rock wall that has been repainted time and again. However, the whole trail is more than worth a look. Even the abandoned cars and junk that sometimes line the route are adorned with art.

One thing to know before you go is that this trail isn’t well-maintained, so be careful where you’re putting your feet!

A stunning piece of Spanish Mission architecture, the famous Mission Inn takes up an entire block of downtown Riverside and looms over the area like a castle. With a long and storied history over its lifetime, the inn is now a hotel and spa, featuring rooms designed to reveal and preserve the building’s original character and features. It also has a selection of award-winning restaurants serving various cuisines.

Outside of overnight stays, visitors to the Mission can take a tour or, if they visit at the end of the year, take in the Festival of Lights that runs for six weeks, which includes a dramatic switch-on ceremony with more than five million lights. 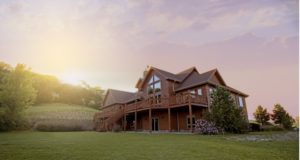 What To Expect With A Land Real Estate and Development Agent 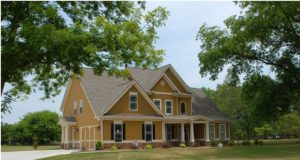 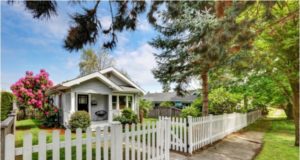 What to Check When Buying a Home