The Number of American Renters Increased by Over 8 Million in the Past Decade, Millions More are Expected in the Next; Lawmakers Must Move Now to Address Demand

WASHINGTON, D.C. – March 6, 2015 – (RealEstateRama) — With historic growth in renter demand since the Great Recession, and millions more renter households forming over the next decade, the National Multifamily Housing Council (NMHC) and National Apartment Association (NAA) released their 2015 priorities for the 114th Congress today. These key priorities are focused on ensuring that the $1.1 trillion apartment industry can meet the needs of today’s 37 million renters who live in an apartment home.  NMHC and NAA emphasized that the significant and growing U.S. rental housing demands are the driving force behind their joint policy and legislative priorities.

“For the fourth time in the past five years, 2014 saw an increase of more than 1 million new renters. Additionally, over the past decade, 8 million rental households were created, which is the highest number on record,” said NAA President and CEO Douglas S. Culkin, CAE. “The surge in apartment demand has outstripped supply. As a result, we need to be building an estimated 300,000 to 400,000 new apartments a year to meet expected demand.”

“The apartment industry contributes millions of jobs to the U.S. economy. Therefore, we need public policies that will not obstruct our ability to provide housing and jobs to the families, workers, and state and local communities that directly depend on our industry,” said NMHC President Doug Bibby. “Our priorities for this Congress provide a roadmap for effectively accomplishing that important and pressing task.”

Specifically, the 2015 NMHC and NAA joint policy and legislative priorities include those that are top of mind—such as housing finance, tax and immigration reform, and emerging issues including energy policy, data security, telecommunications, ensuring government regulation is rooted in research and more:

More than 350 apartment industry professionals will meet with members of Congress on March 17-18 to discuss these and other important issues as part of the NAA Capitol Conference.

Visit www.weareapartments.org to learn more about apartments on a state or district level.

For more than 20 years, the National Multifamily Housing Council (NMHC) and the National Apartment Association (NAA) have partnered on behalf of America’s apartment industry. Drawing on the knowledge and policy expertise of staff in Washington, D.C., as well as the advocacy power of 170 NAA state and local affiliated associations, NAA and NMHC provide a single voice for developers, owners and operators of multifamily rental housing. One-third of Americans rent their housing and 37 million people live in an apartment home. 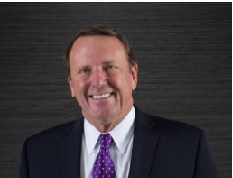