WASHINGTON, D.C. – October 19, 2015 – (RealEstateRama) — The Arlington County Board today approved naming the mini-park located in the planned Carver Homes townhome development as George Washington Carver Park, as recommended by the Park and Recreation Commission and the Arlington View neighborhood.

“This new park, besides being a lovely neighborhood gathering spot, will help tell and honor Arlington’s African American story and heritage for years to come,” said Arlington County Board Chair Mary Hughes Hynes.

Carver Homes will be built at 1300 S. Rolfe St. on the site of what is now George Washington Carver Mutual Homes Association. The redevelopment, approved by the County Board in February 2015, will include 50 three-story townhouses, including 73 dwelling units Part of the redevelopment is the creation of a new, public mini-park to be built by the developer, Craftmark Homes, in 2016. The proposed mini-park is included as one of the 10 mini-park locations specifically identified within the Neighborhoods Form Based Code for the Columbia Pike Neighborhoods Special Revitalization District.

The Board voted 5 to 0 as part of the consent agenda for the name George Washington Carver Park.

George Washington Carver (1864-1943) was a prominent African-American scientist and inventor and was best known for the many uses he devised for the peanut. Arlington County currently has Carver Community Center (1415 S. Queen St.) that is within walking distance of the site of the new mini park.

The Park and Recreation commission sought comments from the Historical Affairs and Landmark Review Board (HALRB), Neighborhood Conservation Advisory Committee (NCAC) and the appropriate neighborhood civic association prior to recommending the name.

Read the staff report on this item. Scroll down to Item #33 on the Agenda for the Sat., Oct. 17 Regular County Board Meeting.

Arlington Va., is a world-class residential, business and tourist location that was originally part of the “10 miles square” parcel of land surveyed in 1791 to be the Nation’s Capital. Slightly smaller than 26 square miles, it is the geographically smallest self-governing county in the United States, and one of only a handful with the prized Aaa/AAA/AAA bond rating. Arlington maintains a rich variety of stable neighborhoods and quality schools, and has received numerous awards for Smart Growth and transit-oriented development. Home to some of the most influential organizations in the world — including the Pentagon — Arlington stands out as one of America’s preeminent places to live, visit and do business. 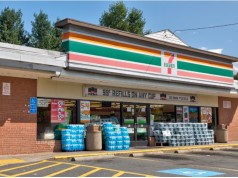 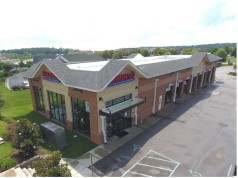