California and Hawaii Add Most Jobs for the Year, North Dakota Has Biggest Actual and Percentage Declines; Pennsylvania and Delaware Top Monthly List of Gainers, Texas and Maine Have Largest Monthly Decreases

WASHINGTON, D.C. – (RealEstateRama) — Construction employment increased in 39 states between June 2015 and June 2016, although half the states shed construction jobs between May and June, according to analysis of Labor Department data released today by the Associated General Contractors of America. Association officials said the flattening of monthly employment gains and losses indicates the urgency of beefing up programs to attract, train and retain construction workers.

“Construction demand is still growing strongly in all regions and among many types of owners,” said Ken Simonson, chief economist for the association. “But contractors appear to be struggling to fill jobs in the short run.” As evidence of the challenge in filling jobs, he noted that recent data show a spike in job openings at construction firms and a huge decline in the number of experienced construction workers available for hire.

Association officials said the fact nearly half of the states that added construction jobs over the past 12 months had static or falling employment between May and June shows the widespread need to draw more workers into the industry and provide them the skills to succeed. They noted that 70 percent of firms reported earlier this year that they are experiencing difficulty finding qualified workers. And they called on elected officials to reform and increase funding for Career and Technical Education, enact immigration reform and take other steps outlined in the association’s Workforce Development Plan.

“Shortages of qualified workers appear to be causing construction employment to stall in many parts of the country, and that lack threatens to affect broader economic conditions,” said Stephen E. Sandherr, the association’s chief executive officer. “Public officials need to act without delay to step up investments in the types of skills-based education programs that enable students to succeed in school and land high-paying jobs in fields like construction.”

Officials to Release New Data Showing the Ongoing Impacts of the Coronavirus on the Construction Sector and How It Is Impacting Metro Area Construction... 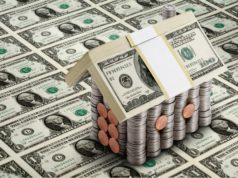 - Delta Media Group -
Homeowners are naturally curious about their homes’ value, and for years they’ve been able to use an AVM (automated valuation model) on real estate websites to get a home value estimation.

Financial Real Estate – How to Add Value Before You Sell...

Officials to Release New Data Showing the Ongoing Impacts of the...

- AGC -
the Associated General Contractors of America will release new data showing the ongoing impacts of the coronavirus on the construction sector and its impacts on metro area construction employment.

Financial Real Estate – How to Add Value Before You Sell...