Must Surrender Funds in Bank Accounts and Sell Property and Investments

WASHINGTON, D.C. – December 6, 2010 – (RealEstateRama) — A deceptive advertising operation has been banned from the debt relief business under a settlement agreement with the Federal Trade Commission. As part of a continuing crackdown on scams that target consumers in financial distress, the FTC charged the defendants with deceptively claiming they could save consumers thousands of dollars by reducing their credit card debt.

According to the FTC’s complaint, an operation that did business under the names 800 Credit Card Debt and Debt.com deceptively claimed they would eliminate or reduce consumers’ debts quickly and put an end to calls from debt collectors. In ads that ran nationally, they used statements such as, “We’re 800 Credit Card Debt, America’s leader in helping settle debt . . . [W]e have programs available to help you eliminate your debt by up to 60%.” The ads allegedly featured phony testimonials from people posing as the defendants’ customers.

The complaint also alleges that the defendants falsely claimed they provided the debt settlement services they advertised. In some cases, they also claimed their services were part of a public, non-commercial program, through statements such as, “The following is a public announcement . . . Americans who are behind on their credit card payments must take action immediately. If YOU have ten thousand dollars or more in credit card debt, a new relief program is now available. . .”

In reality, the defendants had no substantiation for their debt elimination or reduction claims, and did not provide debt settlement services, according to the FTC’s complaint. Instead, the FTC alleged, they merely sold the sales leads generated by their ads to debt settlement providers, or to other lead generators or lead brokers that re-sold them. The complaint alleges that the defendants had no information about whether the companies that bought the leads could fulfill the promises the defendants made in their ads. In fact, the FTC charged that because many of their leads were sold to other lead generators and lead brokers, the defendants typically did not even know the identity of the debt settlement providers that ultimately purchased the leads.

The defendants are Debt.com Marketing, LLC; Media Choice, LLC; 800 Credit Card Debt, LLC; and Stephen Todd Cook. The settlement order imposes a $28.2 million judgment that will be suspended when the defendants surrender all funds in their corporate bank accounts, as well as the proceeds from the sale of Cook’s two properties in California, his real estate in the Virgin Islands, and his ownership interests in two overseas investment funds. The full judgment will be imposed immediately if the defendants have misrepresented their financial condition.

In addition to banning the defendants from the debt relief business, the settlement order prohibits them from making unsubstantiated claims about financial related products or services, or misrepresenting material facts about any product or service. The order also prohibits the defendants from disclosing or otherwise benefitting from customers’ personal information, and failing to dispose of this information properly.

The FTC recently amended its Telemarketing Sales Rule to require debt relief companies to make certain disclosures and prohibit them from making false claims or collecting fees before delivering the services they promise. Because the defendants’ advertisements predated these amendments, the FTC did not allege any violations of the Rule in this case.

The Commission vote to file the complaint and stipulated final order was 5-0. The documents were filed in the U.S. District Court for the Central District of California.

NOTE: The Commission authorizes the filing of a complaint when it has “reason to believe”
that the law has been or is being violated, and it appears to the Commission that a proceeding is in the public interest. The complaint is not a finding or ruling that the defendants have actually violated the law. Stipulated court orders are for settlement purposes only and do not constitute an admission by the defendants of a law violation. Stipulated orders have the full force of law when signed by the judge.

The Federal Trade Commission works for consumers to prevent fraudulent, deceptive, and unfair business practices and to provide information to help spot, stop, and avoid them. To file a complaint in English or Spanish, visit the FTC’s online Complaint Assistant or call 1-877-FTC-HELP (1-877-382-4357). The FTC enters complaints into Consumer Sentinel, a secure, online database available to more than 1,800 civil and criminal law enforcement agencies in the U.S. and abroad. The FTC’s Web site provides free information on a variety of consumer topics. 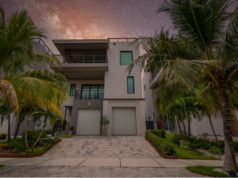