DETROIT and ATLANTA – May 22, 2015 – (RealEstateRama) — In recognition of Military Appreciation Month, the General Motors Foundation announced today a $1 million grant to Habitat for Humanity to fund projects, including 11 new home builds in partnership with Habitat families, with the goal of assisting current and former military service members.

The grant will also support two international revitalization projects in Brazil and the Jimmy & Rosalynn Carter Work Project in Nepal.

“A permanent home not only provides stability for families but gives them a sense of belonging in a greater community,” said GM Foundation President Vivian Pickard. “These things are particularly important for our veterans and military service members, and we are committed to helping them – and all of our Habitat partner families – realize homeownership and take advantage of programs designed to move their lives forward in positive ways.”

This partnership will help give U.S. military service members and veterans access to job training programs and fund the development of training programs to help Habitat affiliates better engage with their local veteran communities.

The announcement was made in Austin, Texas, home of the GM Austin IT Innovation Center. Austin is also home to a significant number of current and former members of the military who work for GM. Many of those employees joined the GM Foundation for the announcement, along with Austin Mayor Steve Adler, Austin City Council Member Sabino “Pio” Renteria and representatives from Habitat for Humanity International and Austin Habitat for Humanity.

“Habitat is grateful for the continued support of the General Motors Foundation,” said Jonathan Reckford, CEO of Habitat for Humanity International. “This new funding will provide opportunities for many families — and veterans in particular — to partner with Habitat affiliates across the U.S. to build or repair their homes. The donation demonstrates a deep commitment from the General Motors Foundation to help Habitat change lives and transform communities.”

Construction and revitalization projects will take place in these cities:

General Motors’ teamGM Cares volunteers from the company’s operations across the country commit to volunteer for each project, including many GM employees who are veterans. This summer, local GM employees will lead volunteer efforts on the Austin Habitat home build, dedicated to a veteran.

GM’s commitment to U.S. servicemen and women is extended by Chevrolet, Buick and GMC through the GM Military Discount Program offered to all active, reserve, retired and veteran military – regardless of separation date – now through June 30, 2015. For more information, visit www.GMMilitaryDiscount.com.

Since 2013, the GM Foundation has donated more than $3 million to Habitat, which has touched the lives of 166 Habitat partner families and helped revitalize 30 neighborhoods across the country.

About Habitat for Humanity International
Habitat for Humanity International’s vision is a world where everyone has a decent place to live. Anchored by the conviction that housing provides a path out of poverty, since 1976 Habitat has helped more than 5 million people through home construction, rehabilitation and repairs and by increasing access to improved shelter through products and services. Habitat also advocates to improve access to decent and affordable shelter and offers a variety of housing support services that enable families with limited means to make needed improvements on their homes as their time and resources allow. As a nonprofit Christian housing organization, Habitat works in more than 70 countries and welcomes people of all races, religions and nationalities to partner in its mission. To learn more, donate or volunteer, visit habitat.org.

About the GM Foundation
Since its inception in 1976, the GM Foundation has donated hundreds of millions of dollars to American charities, educational organizations and to disaster relief efforts worldwide. The GM Foundation focuses on supporting education, health and human services, the environment and community development initiatives, mainly in the communities where GM operates. Funding of the GM Foundation comes solely from GM. The last contribution to the GM Foundation was made in 2001. For more information, visit www.gm.com/gmfoundation. 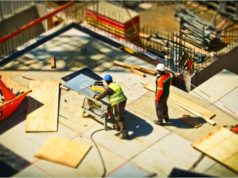 - Boris Dzhingarov -
In the process of setting up your Texas LLC, you'll be faced with quite a few expenses. Some of these are required by legislation, and others are just recommended. We'll cover the costs of setting up an LLC in Texas and also provide you with the informatio 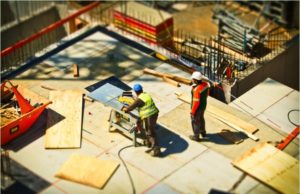 - RealEstateRama -
The construction industry is a dangerous business around the world, and the workers put their lives on the line when they shoulder this work. Dealing with bricks and walls using heavy machinery, and occasionally facing firepower in demolishing