DENVER, Colo. – (RealEstateRama) — Hanley Investment Group Real Estate Advisors, a nationally-recognized real estate brokerage and advisory firm specializing in retail property sales, announced today that the firm represented the buyer and seller in the sale of an 83,278-square-foot shopping center, shadow-anchored by a Walmart Neighborhood Market in the Denver metro area. The shopping center, Arvada West Town Center, is located on 14.65 acres at 14455-14715 West 64th Avenue in the city of Arvada, Colo. The sale price could not be disclosed.

Arvada West Town Center is located along West 64th Avenue, one of the main east/west thoroughfares connecting the affluent residential communities of Arvada to Downtown Denver, according to Hanley. The shopping center benefits from the signalized intersection with 37,000 cars per day and an average household income of $115,000 within a one-mile radius and a population in excess of 145,000 people within a five-mile radius. 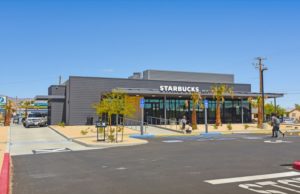