Jerome Karam is a familiar figure in the Friendswood area. He has his own legal firm and has experienced plenty of success representing 1000’s of clients in a span of 10 years. In addition to his work as an attorney, Karam is also one of the most relevant real estate developers in the Southwestern Louisiana and Texas areas.

For more than 20 years, Karam has purchased, sold and renovated several hundreds of millions of dollars’ worth of real estate. In 2015, he acquired the Mall of the Mainland and completely renovated it. Today it houses several stores and has become one of the main attractions in the Texas City area.

One of the stores it houses is the Altitude Trampoline Park, and it recently just celebrated its one year anniversary in the area. It holds the distinction of being the nation’s largest trampoline park and having the company’s highest sales.

The park also hosted a special closed event following the tragic Sante Fe shootings as a way of boosting up the spirits of Sante Fe students by letting them jump, eat and drink for free. They even had a contest on Facebook called “Tag a Teacher” wherein local communities would tag their favorite hardworking teachers for a chance to win $500 worth of school supplies for their classroom.

They also offer birthday parties, Teen Jump and Toddler Time. Even though it has been in business for only a year, the park has truly embraced the local community. In a sense, they are sharing their success by giving back to the community in any way that they can.

After opening the trampoline park, Jerome Karam said he wanted to “change everyone’s thought process” about the mall. Instead of viewing it as a closed down and failed venture, he wanted the community to see it as a project that has been given some new life. The mall which initially closed down in 2014 before being purchased by Karam Investments, has since gone through a renaissance period of sorts with Karam at the helm.

In addition to Altitude Trampoline Park, the Mall of the Mainland also houses Jerome Karam World Gym and Jerome Karam Friendswood. With that said, it truly is amazing how Karam has managed to turn this once failed shopping mall around and changed its fortunes for the better. The local community is all the better and thankful because of it.

How often to deep clean your office carpets? 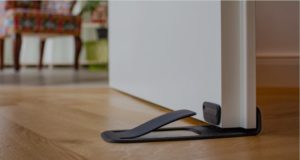 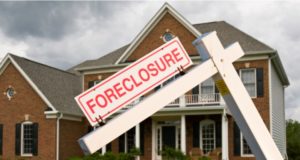 Should You Buy Foreclosed Home in Orlando?