(New York, N.Y.) – (RealEstateRama) — Jennifer Brown, the first and only Executive Director of the Flatiron/23rd Street Partnership Business Improvement District (BID), will leave this fall after more than a dozen years of service to the neighborhood. Ms. Brown will begin work next month as Executive Director of the Montclair Center BID, working in the area where she and her family live.

“Flatiron is one of the most exciting and dynamic neighborhoods in New York City, and in my biased opinion, the world,” Ms. Brown said. “I am deeply indebted to my Board of Directors, City officials and agencies, property and business owners, and residents who have made working here such a memorable and enriching experience.”

Since she first started with the Flatiron Partnership in 2006, Ms. Brown has worked vigorously to forge partnerships with a broad swatch of constituencies to transform the district into a bustling and beautiful 21st century mixed-use community, which has become a destination to start and grow a business, to visit, and to live.

“In large measure due to Jennifer’s foresight of what the BID and neighborhood could – and should – become, the district of today is one of broad appeal, a place where international businesses are anchoring their American headquarters, where entrepreneurs are thriving, where the hospitality industry has launched acclaimed hotels and restaurants, and where people are starting a home because of the incredible amenities and access,” said Gregg Schenker, Chairman of the Flatiron Partnership’s Board of Directors. “Jennifer is a true gem: dedicated, caring, innovative, and thoughtful. While we will deeply miss her, we know that she is leaving a stronger, better Flatiron.”

While Ms. Brown credits the Board and strategic partnerships for shepherding improvements to the neighborhood, she notes the achievements witnessed over the last 12 years during her tenure, such as:

• Launch of public safety and Clean Team programs to service the district year-round, seven days a week.
• Development and execution of a master plan for streetscape and beautification in 2008, and subsequent creation of the neighborhood’s robust streetscape projects, physically transforming the entire district.
• Launch of the Flatiron Public Plazas a decade ago, among the first DOT plazas citywide; created initially to improve pedestrian safety, they have since been transformed into vibrant hubs of activity, featuring free WiFi, seating, food kiosks, public programming, and public art.
• Creation of engaging—and free—year-round programming, such as weekly walking tours, an annual holiday installation competition and “23 Days of Flatiron Cheer” holiday programming, “Summer Series” fitness, tech and entertainment activities, and ongoing Speaker Series events, Business Assistance Forums, and other neighborhood networking opportunities.
• Promotion of the neighborhood through a robust marketing and communications plan, supporting area businesses through free digital opportunities, including social media platforms, weekly newsletters, and website features.
• Launch of a highly successful annual Sponsorship Program, engaging dozens of area businesses and properties; the program has provided significant additional funding to allow the BID to present and maintain new programs annually.

Most recently, she has led efforts to make the Public Plazas a permanent fixture in the neighborhood through a permanent design process, and sought to expand the BID boundaries to support more businesses and properties with enhanced clean and safe, beautification, and marketing initiatives.

As a result, Flatiron has evolved into a world-class destination, home to 4,200 commercial tenants and 560 ground-floor businesses, with one of the city’s lowest retail vacancy rates and major attractions—in addition to the famed Flatiron Building and Madison Square Park—such as Eataly New York, the Museum of Mathematics (MoMath), LEGO, the original Shake Shack, and the acclaimed Eleven Madison Park. With more than 250,000 residents and 796,000 daytime workers within a one-mile radius, the neighborhood also has seen significant growth in the technology, hospitality, coworking, and fitness sectors (even being branded the “Fit District”). And, just since 2011, the neighborhood has seen a near 94% increase in hotel rooms–with 1,620 more currently under development.

Ms. Brown applauds the City’s two mayoral administrations, during which she has served, for providing extensive support to ensure the Flatiron Partnership thrived, and received ongoing help to enhance amenities, such as the Public Plazas and support for small businesses.

“I have always maintained that partnerships are key to success, and Flatiron’s success is surely the result of countless partners and individuals who envisioned a neighborhood filled with innovation, promise, and opportunity. As a result, the district is flourishing as one of New York City’s premier neighborhoods,” Ms. Brown said.

The Montclair Center BID, established in 2002, similarly enhances and promotes the downtown district as a regional shopping, dining and entertainment destination, representing 300 retailers and restaurants. The BID is a Nationally Accredited Main Street Community that partners with businesses, nonprofits, landlords and government.

About the Flatiron/23rd Street Partnership
The Flatiron/23rd Street Partnership Business Improvement District, formed in 2006, is a nonprofit organization whose mission is to enhance the area’s reputation as one of New York’s most vital and exciting neighborhoods. This is accomplished by maintaining a clean and safe environment for the district’s businesses, residents and visitors; by spearheading area improvement projects; and by marketing the diverse business and retail options in this vibrant and historic neighborhood. 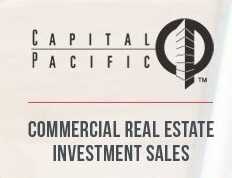 - RealEstateRama -
If you have been living in a house for a long time, then you have probably thought about how you can update your interior. And one of the easiest ways to do this is to paint the room. This option for updating the premises at the same time is one of the cheapest. But despite this, you still need to know the basic rules and follow all the precautions to protect yourself and your home.