LOS ANGELES – November 25, 2014 – (RealEstateRama) — Los Angeles Headquarters Association (LAHQ), one of the city’s premiere business associations, has named Randy Soewers as its 2015-16 president. An associate vice president in the LA offices of global architectural firm RTKL, Soewers’ international experience in the business community will be a driving force for the organization, which is focused on highlighting Los Angeles as an international business hub.

“Randy’s involvement in the international arena will translate well to LAHQ given our international focus,” said Joe Faulkner, outgoing LAHQ president and current executive vice president of Cresa. “Connecting those business leaders from around the world to our global city of Los Angeles will continue to drive the city’s economic success for years to come.”

In addition to a number of political representatives who have recently been the focus of the organization’s Global Committee events, the German Counsul General, Dr. Bernd Fischer, the Consul General of Mexico, Carlos M. Sada and the Counsel General of South Africa, Cyril Ndaba, among others, have appeared and shared their initiatives in an event environment promoting one-on-one discussions.

Soewers, who has been involved with LAHQ for the past five years, brings 26 years of business leadership skills to his role. At RTKL, he has been involved in a number of high-profile architectural projects in the U.S., China, India and Canada.

“Being part of one of the world’s top design firms and incubator of ideas, the available resources and knowledge available for collaboration is extensive,” said Soewers. “It’s not so different than the great city of Los Angeles and the assets to be found within LAHQ.” 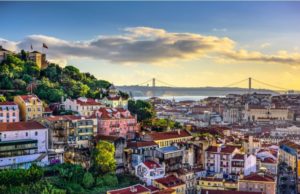