WASHINGTON, D.C. – May 2, 2013 – (RealEstateRama) — According to the MLS reports compiled by the Michigan Association of REALTORS®, 95% of reporting units reported an increase in average selling price from Mar 2013 to Mar 2012; with 17 locals reporting an increase at/near 20+%. Statewide the average selling price increased by 20.71%. With inventory still being an issue however, 10,114 single family homes were sold in Michigan in March 2013, a decrease of 2.39% over March 2012 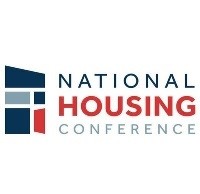 - NHC -
President Biden’s infrastructure plan represents a major achievement in recognizing housing as essential human infrastructure.  The historic level of funding proposed would be an investment in the future of our country by addressing