“I am very excited to announce that NCRC has hired Ms. Stella Adams to be its Chief of Civil Rights. In this position Ms. Adams will manage all matters relating to lending discrimination, fair housing, ECOA and other civil rights matters. The hiring of Ms. Adams represents a huge step forward in our civil rights agenda because of her knowledge, reputation, intellect and dogged commitment to the field of economic fairness.”

Ms. Adams is a nationally recognized expert in fair housing, predatory lending, mortgage fraud and investigation techniques. Most recently Ms. Adams served as the Senior Policy Advisor to the National Fair Housing Training Academy. She has also appeared on national television programs such as Melissa Harris-Perry and Fault Lines, and frequently appeared in national and local newspapers. She is well known for her relentless commitment to underserved people and for pushing to hold accountable institutions that discriminate in lending and housing.

In 2013, Legal Aid of North Carolina honored her by establishing an annual award in her name: “The Stella J. Adams Fair Housing Advocacy Award.” In 2014, she was awarded “The Woman of the Year Award,” by Spectacular Magazine. She has received numerous other awards from the NAACP, the City of Durham, the National Association of Human Rights Workers, the National Fair Housing Alliance and more. 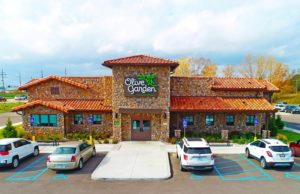