WASHINGTON, D.C. – January 22, 2013 – (RealEstateRama) — We have now officially begun the second half of VA Secretary Eric Shinseki’s Five-Year Plan to End Veteran Homelessness. During the first two and a half years the VA and its community partners represented by NCHV have fundamentally changed the homeless veteran services landscape.

Where once we focused solely on strengthening community-based transitional assistance programs, we now are increasingly engaged in providing access to safe, affordable permanent housing; income security; and homeless prevention assistance. The objectives of the Five-Year Plan have been incorporated into more than 150 local action plans to end and prevent veteran homelessness.

Better access to veterans’ health care, employment services and educational opportunities are transforming communities across the nation. It is fair to say nearly half of the first two and a half years has been dedicated to developing – then fine tuning – these local action plans, which makes the steady decrease in veteran homelessness during the last three years a significant accomplishment.

The role of Congress in this success has been overshadowed by concerns about the fiscal cliff and the need to reduce federal budget deficits. So we begin the New Year by offering sincere appreciation to both the U.S. House of Representatives and Senate for the “Honoring America’s Veterans and Caring for Camp Lejeune Families Act of 2012.”

This landmark legislation, signed by President Obama in August 2012, includes the largest, most comprehensive homeless veteran assistance package in U.S. history. Record funding levels are authorized for the VA Grant and Per Diem (GPD) Program, the Supportive Services for Veteran Families (SSVF) Program, and the HUD-VA Supportive Housing (HUD-VASH) Program. In Fiscal Year 2013 a total of $1.4 billion will be targeted to the campaign to end veteran homelessness.

One of the top priorities for both VA and the community service providers helping homeless veterans during the second half of the Five-Year Plan is to increase veteran access to safe, affordable housing. HUD-VASH is a critical program that provides housing and supportive services to veterans with serious mental illness, other disabilities, and single-parent families living in extreme poverty. NCHV believes there is a critical need for another round of 10,000 vouchers targeted to chronically homeless veterans and single veterans with dependent children living in extreme poverty.

However, the majority of homeless veterans – and those facing economic hardship – do not need permanent supportive housing. Resources for public housing assistance are being strained by the budget crisis – and the housing crisis – so service providers need to be active in their local Continuum of Care (CoC) planning to ensure veterans are represented in Homeless Management Information Systems (HMIS) and local federal funding applications.

Housing program managers and even private property owners can use the information to justify veteran preferences in their projects. VA staff, their community-based organization (CBO) partners and veteran service organization (VSO) allies can promote low-income veteran families and formerly homeless veterans to property owners as low-risk tenants due to the local service networks in place to help them.

With nearly 1.5 million service members expected to separate from the military in the next few years, and about 140,000 veterans living in poverty with a high risk of homelessness, increasing veteran access to affordable housing is one of the most critical needs in the campaign to prevent veteran homelessness. This will require creative, coordinated community responses that are not solely dependent on federal funding.

NCHV endorses the focus on permanent housing envisioned in the Five-Year Plan, but will continue to advocate for appropriate funding for the VA Grant and Per Diem Program. During the last quarter century, the GPD Program has grown to provide transitional housing, health services, employment assistance and other support to about 30,000 homeless veterans each year.

Some public assistance program analysts and advocates say transitional housing assistance is not the best pathway out of homelessness. NCHV contends that the VA system – in which community-based service providers are necessarily connected to VA medical centers in local integrated service delivery networks – is a unique and effective service model that provides rapid and effective stabilization to help veterans regain control of their lives and return to independent living.

The ultimate goal of the Five-Year Plan is to make certain no veteran, regardless of their personal haunts and challenges, is ever left to fend for themselves on the streets— a “functional zero.” The transitional model developed by VA and its community partners has been called a vital component of the plan by Secretary Shinseki and VA programs leadership.

The reductions in veteran homelessness over the last four years roughly represent the number of HUD-VASH vouchers that have been awarded over that period. This means the flow of homeless veterans into the service delivery system and exits into other housing or living arrangements has remained fairly consistent. That, and the most recent HUD Annual Homelessness Assessment Report to Congress (AHAR), suggests current GPD capacity must be preserved and possibly expanded in certain markets for the foreseeable future.

There are more resources dedicated to the campaign to end veteran homelessness now than at any other time in U.S. history. The challenge now, as the plan moves forward, is for local communities to maximize the effectiveness and efficiencies of their service delivery networks. We are honored to represent the nation’s community-based organizations in this campaign, and proud to serve alongside you. 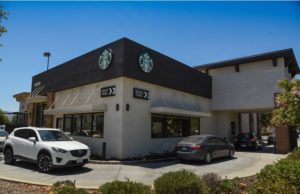 Best Places to Live in the Outer Banks

Consider These 5 Locations to Relocate Your Business

- RealEstateRama -
Once someone lists a property for sale in New Jersey, it could take months on end to find a buyer. Novice sellers who take the DIY route could end up waiting for much longer – up to a year or sometimes, even more. When someone hires a real estate agent to find investor house buyers, the process could be a bit faster as agents have extensive networks and know how to tap into multiple resources that are not available to the common people

NYS Office of General Services Celebrates 60 Years of Service to...