Washington, DC, January 19, 2017 – (RealEstateRama) — In 2015, Lawrence Berkeley National Laboratory (Berkeley Lab) and UC Berkeley announced a partnership with Tsinghua University in Beijing. They formed the Berkeley Tsinghua Joint Research Center on Energy and Climate Change, a center helping to develop scientifically based clean energy solutions and the next generation of leaders to champion those solutions.

Today, that effort received welcome support from Jim and Marilyn Simons in the amount of a $5 million donation.

The core activity of the Berkeley-Tsinghua Center focuses on its scientific research and analysis on clean energy solutions for China, on areas such as low-carbon cities, carbon markets, and clean energy system planning and integration.

“It’s with generous private funders like the Simons that research from the Berkeley-Tsinghua Center can continue,” said Berkeley Lab Director Michael Witherell. “Their support also allows us to recognize talented researchers and analysts.”

In addition to the support for the Center, $2 million of the Simons gift will go towards creating the first endowed chair at Berkeley Lab, the Nat Simons Chair in China Energy Policy. An additional $500,000 will come from UC President Janet Napolitano and her Presidential Match for Endowed Chairs program.

The inaugural holder will be the Lab’s Jiang Lin. Lin is a Staff Scientist with Berkeley Lab’s China Energy Group whose research is focused on energy and climate policy issues in China. He is also a co-leader of the Berkeley-Tsinghua Joint Research Center and was previously director of the Energy Foundation’s China Sustainable Energy Program.

In addition to the endowed Chair, the Center will create a Chern-Simons Fellows program, in partnership with the Beahrs Environmental Leadership Program of the College of Natural Resources at UC Berkeley, for emerging decision and policy makers on energy issues in Chinese agencies, corporations, and academic centers.

The remaining $2.5 million of the gift from Jim and Marilyn Simons will be allocated as a Challenge Grant to generate contributions from other donors for a new Simons China Energy Policy Fund at Berkeley Lab that will provide ongoing support for the Berkeley-Tsinghua Center.

“We are very pleased to support the Berkeley-Tsinghua Joint Research Center on Energy and Climate Change in its mission to drive ambitious clean energy and climate change mitigation policy,” said Marilyn Simons.

The Berkeley Lab Foundation received the Simons gift and will direct the funds to Berkeley Lab and UC Berkeley.

Lawrence Berkeley National Laboratory addresses the world’s most urgent scientific challenges by advancing sustainable energy, protecting human health, creating new materials, and revealing the origin and fate of the universe. Founded in 1931, Berkeley Lab’s scientific expertise has been recognized with 13 Nobel prizes. The University of California manages Berkeley Lab for the U.S. Department of Energy’s Office of Science. For more, visit www.lbl.gov.

DOE’s Office of Science is the single largest supporter of basic research in the physical sciences in the United States, and is working to address some of the most pressing challenges of our time. For more information, please visit science.energy.gov. 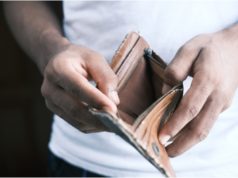 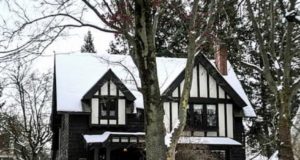 - RealEstateRama -
If you are serious about selling your home next spring, you should begin preparing it right now. You have to make some significant decisions so your home looks as good as possible without spending too much money. One of the most important things you can do is make a checklist of the things you need to get done and a timeline for doing them. That checklist should include the following things