WASHINGTON, D.C. – August 25, 2011 – (RealEstateRama) — A coalition of 45 national organizations sent a letter to President Barack Obama’s domestic policy and economic teams today asking that the Administration include at least $10 billion for the National Housing Trust Fund in the President’s jobs-creation plan.

Advocates for affordable housing say that construction and rehabilitation of housing for low income people is a surefire jobs creator the President should consider as a part of any jobs package introduced. Every $10 billion spent through the National Housing Trust Fund will create 122,000 new jobs in the construction industry and 30,000 new, ongoing jobs in the operation of the rental housing.

“It is clear the housing construction industry has not fully recovered from the recession,” said Sheila Crowley, President and CEO of the National Low Income Housing Coalition. “Investing in the National Housing Trust Fund can achieve two critical objectives: stimulating jobs growth in a struggling industry, and creating housing that can help end homelessness for good in the United States.”

The National Housing Trust Fund will produce, rehabilitate, preserve and operate rental housing that is affordable to extremely low income households across the country. It was signed into law in 2008 but has not yet been funded.

The letter notes that funding the National Housing Trust Fund will allow the Administration to create jobs while advancing other priorities, like ending veteran homelessness and homelessness for families with children.

The 45 undersigned national organizations strongly urge you to include funding for jobs in housing in the President’s jobs-creation plan. Specifically, we recommend that the plan include at least $10 billion for the National Housing Trust Fund.

Once funded, the National Housing Trust Fund will produce, rehabilitate, preserve, and operate rental housing that is affordable for households with incomes at or below 30% of the area median (extremely low income). Every $10 billion spent through the National Housing Trust Fund will create 122,000 new jobs in the construction trades and 30,000 new ongoing jobs in the operation of the rental housing.

As you know, funding for the National Housing Trust Fund has been included in each of the President’s budgets since he took office, but has not yet been enacted. We advocated for $10 billion for the National Housing Trust Fund in the 2009 stimulus bill, but Congressional appropriators were reluctant to include it then, because program regulations had not been developed. Fortunately, HUD is near completion of the regulations now, so any funding allocated could be spent immediately.

All indicators continue to report that the most serious housing problem faced by Americans is the shortage of rental housing that extremely low income households can afford. Today, there 10 million extremely low income renter households in our country and only 6.5 million housing units they can afford. They remain the only income group for whom there is an absolute shortage of homes.

We urge you to consider an investment in affordable housing to be as important to the future of our country as investments in schools, technology, and infrastructure. Without the foundation of safe and decent homes, children cannot thrive, adults cannot prosper, and seniors cannot live out their years in dignity.

Thank you for your attention to our request. A delegation from the National Housing Trust Fund Campaign is available to meet with you at your earliest convenience.

National Advocacy Center of the Sisters of the Good Shepherd

National Association for the Education of Homeless Children and Youth

National Coalition for the Homeless

Stewards of Affordable Housing for the Future

The United Methodist Church General Board of Church and Society

Established in 1974 by Cushing N. Dolbeare, the National Low Income Housing Coalition is a membership organization dedicated solely to achieving socially just public policy that assures people with the lowest incomes in the United States have affordable and decent homes. 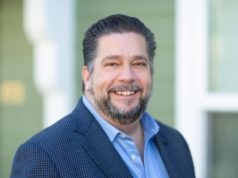 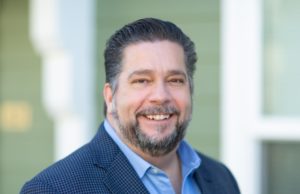