WASHINGTON, D.C. – May 28, 2014 – (RealEstateRama) — Construction employment expanded in 220 metro areas, declined in 70 and was stagnant in 49 between April 2013 and April 2014, according to a new analysis of federal employment data released today by the Associated General Contractors of America. Association officials noted that federal spending cutbacks on government facilities and Hurricane Sandy reconstruction were contributing to job losses around Washington, D.C. and New Jersey.

Association officials noted signs that the federal government is again ready to invest in aging infrastructure should provide more stability for a construction industry that has yet to fully recover from its years-long downturn. Last week the Water Resources Reform & Development Act, which provides funding for vital waterways, port and flood control projects, passed the House and Senate with overwhelming bipartisan support. And a Senate committee recently backed new surface transportation legislation to fund highway, bridge and transit improvements. 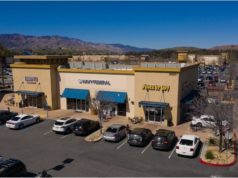