WASHINGTON – Today the Environmental Protection Agency (EPA) announced the winner of its third-annual Energy Star National Building Competition. More than 3,000 schools, businesses, and government buildings across the country competed to see which could reduce its energy use the most in one year—and a New Jersey elementary school emerged victorious.

Today’s announcement reflects President Obama’s continued commitment to increasing energy efficiency under his administration, setting a goal in his State of the Union address to cut in half the energy wasted by our homes and businesses over the next 20 years.

Together, competitors of this year’s National Building Competition cut their energy costs by more than $50 million, saved more than three billion kBtus of energy, and reduced annual greenhouse gas emissions equal to the amount of electricity used by more than 43,000 homes.

“The impressive results of the National Building Competition help show that any building can take simple steps to improve the energy efficiency of the buildings where we all work, play, and learn,” said EPA Acting Administrator Bob Perciasepe, “All of the participants in the Energy Star National Building Competition are finding more and more ways to cut energy use, saving thousands of dollars and reducing greenhouse gas emissions.”

Demarest Elementary School in Bloomfield, New Jersey won the EPA’s 2012 Energy Star Battle of the Buildings competition by demonstrating a 52 percent energy use reduction, the largest in the competition. The school identified and addressed a number of mechanical issues and energy management measures that added up to significant energy and cost-saving reductions.

In its third year, the Energy Star National Building Competition featured teams from across the country to improve energy efficiency, lower utility costs, and protect public health and the environment.
The top overall finishers and their percent-based reductions in energy use include:

Demarest Elementary School identified and addressed a number of overlooked mechanical issues, including replacing a heat timer associated with the control system which allowed it to run on a more energy efficient schedule. In addition to this mechanical fix, the head custodian adjusted boiler operations based on outside temperature and changes in weather, and adjusted the hall lighting schedule so that lights were dimmed in the early morning and after students were dismissed. The staff also took control of energy management in their immediate areas by turning off and unplugging electronic devices.

Eighty-nine buildings in the competition demonstrated energy use reductions of 20 percent or greater. In addition to energy reductions, nearly 400 competitors also tracked and reduced their water consumption, with help from the EPA’s WaterSense program. Leading the pack was Webster Bank’s Oak St. Office in Brockton, Massachusetts, which reduced its water use by 80 percent.

Products, homes, and buildings that earn the Energy Star label prevent greenhouse gas emissions by meeting strict energy efficiency requirements set by the U.S. EPA. In 2012 alone, Americans, with the help of Energy Star, saved $24 billion on their energy bills and prevented greenhouse gas emissions equal to those of 41 million vehicles. To date, more than 1.4 million new homes and 20,000 office buildings, schools and hospitals have earned the Energy Star label. Learn more: www.energystar.gov

More information on the 2012 Energy Star National Building Competition, including top overall finishers and top finishers by building category, an interactive map of competitors, and a wrap-up report: http://www.energystar.gov/BattleOfTheBuildings 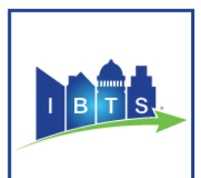