WASHINGTON, D.C. – April 7, 2014 – (RealEstateRama) — This law repeals and modifies certain provisions of the Biggert-Waters Flood Insurance Reform Act, which was enacted in 2012, and makes additional program changes to other aspects of the program not covered by that Act. Many provisions of the Biggert-Waters Flood Insurance Reform Act remain and are still being implemented. While FEMA actively works to implement the new law, we encourage policyholders to maintain and keep current flood insurance policies. FEMA does NOT recommend cancelling a flood insurance policy. Cancelling flood insurance policies now will leave policyholders unprotected during spring flooding and may cause policyholders to lose important discounts on their rate if they reinstate in the future.

· FEMA looks forward to working with Congress, the private Write Your Own insurance companies, and other stakeholders to implement these Congressionally mandated reforms and to working toward our shared goals of helping families maintain affordable flood insurance, ensuring the financial stability of the NFIP, and reducing the risks and consequences of flooding nationwide. FEMA will also continue to identify and publish special flood hazards and flood risk zones as authorized and required by Congress.

· FEMA has actively begun analyzing and prioritizing implementation of the new law. We will be working with the private Write Your Own insurance companies in the next few weeks to seek their input and expertise prior to issuing business practice bulletins. It is not possible for changes to happen immediately. While the new law does require some changes to be made retroactively, applying to certain policies written after July 6, 2012, other changes require establishment of new programs, processes and procedures.

· FEMA’s initial priority is assessing potential changes to the NFIP’s business processes to stop policy increases for certain subsidized policyholders as outlined in the Act. FEMA also plans to issue guidance in the months ahead for the Write Your Own insurance companies to begin issuing refunds as outlined in the law for some policyholders who were previously impacted by subsidy phase outs.

· More information on the new law and its impacts on the NFIP will be forthcoming.

For certain flood insurance policies affected by the Pre-Flood Insurance Rate Map(Pre-FIRM) subsidy elimination required by BW-12, the new law mandates refunds of the excess premiums that those policyholders were charged pursuant to the requirements of BW-12. Refunds will not affect all subsidized policyholders who received rate increases as directed by Congress in BW-12, only policyholders for whom the rate increases under BW-12 were revoked by the new law. Refunds will affect only a small percentage of the overall NFIP policy base.

o Prior to restoring and refunding premiums, FEMA is required by the Homeowner Flood Insurance Affordability Act to consult with its partner insurers (Write-Your-Own insurance companies or WYOs) to develop guidance and rate tables.

o In accordance with the new law, FEMA will work to develop and finalize its guidance and rate tables within eight months.

• FEMA is working closely with the WYO insurance companies to develop a timetable for processing refunds expediently.

o Policyholders in high-risk areas who were required to pay their full-risk rate after purchasing a new flood insurance policy on or after July 6, 2012.

• REFUNDS MAY APPLY TO:

Act was enacted on March 21, 2014 and whose premium increased more than 18 percent .

• REFUNDS DO NOT APPLY TO:

12, for a Pre-FIRM subsidized non-primary residence, business, Severe Repetitive Loss property, or building that was substantially damaged or improved.

• Policyholders who saw usual, annual rate increases in 2013 or 2014, or policyholders who paid the 5 percent fee, as required by BW-12, for the NFIP Reserve Fund, will only see a refund if their premium renewal was after March 21, 2014 and their total premium, including the reserve fund, exceeded 18 percent.

• FEMA is required to increase premiums for most subsidized properties by no less than 5 percent annually until the class premium reaches its full-risk rate. It is important to note that close to 80 percent of NFIP policyholders paid a full-risk rate prior to either BW-12 or HFIAA, and are minimally impacted by either law.

o There are some exceptions to these general rules and limitations, The most important of these exceptions is that policies for the following properties will continue to see up to a 25 percent annual increases as required by BW-12 until they reach their full-risk rate: Older business properties insured with subsidized rates;

o and buildings that have been substantially damaged or improved built before the local adoption of a Flood Insurance Rate Map (known as Pre-FIRM properties).

• In order to enable new purchasers of property to retain Pre-FIRM rates while FEMA is developing its guidelines, a new purchaser will be allowed to assume the prior owner’s flood insurance policy and retain the same rates until the guidance is finalized. Also, lapsed policies receiving Pre-FIRM subsidized rates may be reinstated with Pre-FIRM subsidized rates pending FEMA’s implementation of the rate increases required by the Homeowner Flood Insurance Affordability Act.

NEW SURCHARGE ON ALL POLICIES

• The new law repeals a provision of BW-12 that required FEMA, upon the effective date of a new or updated Flood Insurance Rate Map, to phase in premium increases over five years by 20 percent a year to reflect the current risk of flood to a property, effectively eliminating FEMA’s ability to grandfather properties into lower risk classes.

• The new law requires FEMA to designate a Flood Insurance Advocate to advocate for the fair treatment of NFIP policy holders.

o Assist in the development of regional capacity to respond to individual constituent concerns about flood insurance rate map amendments and revisions;

• The new law permits FEMA to account for property specific flood mitigation that is not part of the insured structure in determining a full-risk rate.

• The law mandates that FEMA develop an installment plan for non-escrowed flood insurance premiums, which will require changes to regulations and the Standard Flood Insurance Policy contract.

• The law encourages FEMA to minimize the number of policies where premiums exceed 1-percent of the coverage amount, and requires FEMA to report such premiums to Congress.

• In developing the affordability framework, FEMA must consider:

o accurate communication to customers of the flood risk,

o targeted assistance based on financial ability to pay,

o the impact of increases in premium rates on participation in NFIP,

o and the impact of mapping update on affordability of flood insurance.

• The affordability framework will include proposals and proposed regulations for ensuring flood insurance affordability among low-income populations.

2014 flood insurance reform laws. The law requires the Administrator to certify in writing to Congress that FEMA is utilizing “technically credible” data and mapping approaches. The law also requires FEMA to submit the TMAC review report to Congress.

• FEMA will be looking to the TMAC for recommendations on how best to meet the legislatively mandated mapping requirements for the new mapping program including the identification of residual risk areas, coastal flooding information, land subsidence, erosion, expected changes in flood hazards with time, and others.

• As the new national flood mapping program is being established, FEMA expects there will be opportunities to make incremental improvements to current procedures as it provides flood hazard data and information under the National Flood Insurance Program (NFIP). FEMA will make those improvements where necessary to ensure all ongoing changes to flood hazards continue to be effectively communicated, mitigated, and properly insured against.

• The law lifts the $250,000 limit on the amount that FEMA can spend to reimburse homeowners for successful map appeals based on a scientific or technical error. Federal rulemaking is required in order to implement this provision.

• The law exempts mapping fees for flood map changes due to habitat restoration projects, dam removal, culvert re-design or installation, or the installation of fish passages.

• The law requires FEMA to consider the effects of non-structural flood control features, such as dunes, and beach and wetland restoration when it maps the special flood hazard area.

• The law requires FEMA to enhance coordination with communities before and during mapping activities and requires FEMA to report certain information to members of Congress for each State and congressional district affected by preliminary maps. 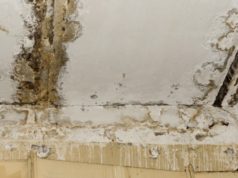 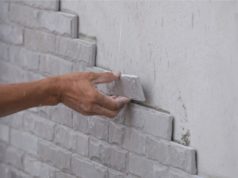 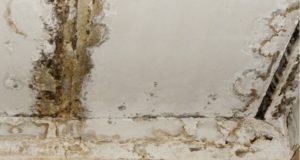 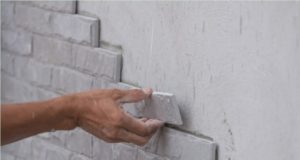 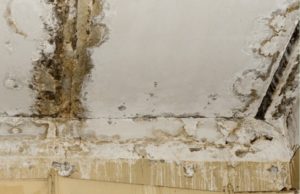