Assistant U.S. Attorney Richard A. Resnick, who is handling the case, stated that according to the superseding indictment, the new charges involve alleged schemes to defraud Quad A for Kids and Rochester Housing Charities.

Moses is the Executive Director of North East Area Development Association (NEAD) in Rochester, a not-for-profit neighborhood organization governed by a volunteer board of directors, which worked with city officials and agencies to revitalize and stabilize the Sector 8 neighborhood in the northeast quadrant of Rochester. The defendant was also the Chairman of the Board of Commissioners of the Rochester Housing Authority (RHA) until 2018, and a member of the board of directors of the Rochester Housing Charities (RHC) from March 2015 to 2017.

Former Rochester City Councilmember Adam McFadden was the Executive Director of Quad A for Kids, which provided after-school and extended-day learning programs at some elementary schools in the Rochester City School District. The organization operated as an entity separate from the Rochester City School District and received funding from the Rochester Area Community Foundation Initiatives Inc. (RACF). Quad A for Kids shared some of the RACF’s administrative staff but employed its own executive director, executive assistant, and program staff. McFadden also owned Caesar Development LLC, a limited liability company located in Rochester.

“As alleged in the superseding indictment, Mr. Moses, a public servant, unlawfully sought to divert public money to himself,” noted U.S. Attorney Kennedy. “This Office, together with our partners in law enforcement, will remain vigilant in our efforts to bring to justice all of those, like the defendant, who decide to betray the public trust in order to line their own pockets.”

The fact that a defendant has been charged with a crime is merely an accusation and the defendant is presumed innocent until and unless proven guilty. 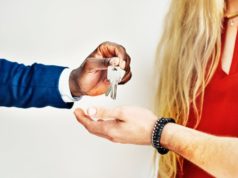 HUD ALLOCATES MORE THAN $75 MILLION IN FOURTH WAVE OF CARES...

VA encourages donations to help homeless Veterans or those at risk...