The seasonally adjusted estimate of new houses for sale at the end of April was 332,000. This represents a supply of 5.9 months at the current sales rate. 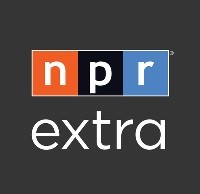