But just outside of the mainstream, there’s a market for more unusual properties that can become a treasure trove to those in the know.

And if you can grab a bargain by intuitively recognizing the value of a property that others would pass over, you can make a tidy profit.

If you’re interested in investing outside the box, here are five alternative real estate picks.

There was a time when religious establishments were packed to the rafters each Sunday — and several other days throughout the week.

But alas, in a slightly more secular age, dwindling congregations sometimes mean that churches with heavenly architectural features appear on the market. And in the hands of skilled tradespeople, they’re perfect for transforming into trendy homes or quirky business places.

Constructed to guide sailors past rocky promontories and into safe harbor, lighthouses have been a bright idea for hundreds of years.

And as they’re decommissioned by the U.S. coastguard, they’re often snapped up for conversion to spectacular homes. So if you’ve got a team of talented tradespeople, this type of refurbishment project could really pay off.

The United States Department of Agriculture (USDA) Economic Research Service reports that in 2018, average US farm real estate values have remained high — reaching $3,140 per acre. And although values levelled off after 2014, they’ve stayed reasonably steady.

So doing your research and dipping your toes into the rural real estate market might make sense when you want to bolster your portfolio for the long term.

As public bodies across the country sell off empty buildings to raise cash and streamline services, handsome school buildings are regularly appearing in property listings.

For example, in March 2018, the Detroit Public Schools Community District listed 24 vacant schools and their sale was eagerly anticipated by property developers keen to repurpose them for everything from offices to residential communities.

Car parks might not seem like the most obvious cash cows, but a recent New York Times report revealed that landlords in New York were milking motorists for $600 a month, while some Houston parking spaces generate $700 monthly.

And an alternative to city center investment is ploughing some cash into valet and park and fly facilities near busy airports — good customer service and a captive audience can equate to a steady income stream.

So there are five alternative real estate picks for those bold enough to invest outside the box — dabbling in different realty dimensions might prove delightful.

Have you invested in alternative real estate? Share your tips in the comments section. 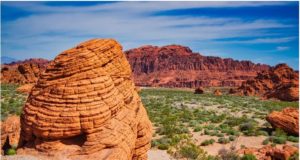 5 Tips for Selling a Home in Nevada 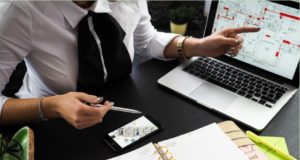 Five things to consider before you renovate your office