“This is yet another in a long line of lawsuits brought by homeowners who have defaulted on their mortgages but claim that the entities asserting legal title to their mortgages do not have the authority to foreclose,” the judges held in Jerde. Citing its recent decision in Karnatcheva v. JPMorgan Chase Bank, N.A., the judges stated that “[t]he claims underlying these challenges…are identical to ones we recently have rejected, and therefore we affirm the district court’s finding.”

In Dunbar, the same three-judge appellate panel affirmed the district court’s ruling in favor of MERS and the other defendants, citing Eighth Circuit and Minnesota Supreme Court cases that roundly rejected the show-me-the-note theory. The panel also affirmed the district court’s order sanctioning Butler under Federal Rule of Civil Procedure Rule 11 for acting in bad faith and abusing the judicial process. The panel called Butler’s claims a “flimsy construction of ‘labels and conclusions’ ” and found “unacceptable” Butler’s attempts to avoid federal court by naming non-diverse defendants.

“It is unfortunate that an attorney – who has been repeatedly sanctioned for this behavior – was once again able to dupe struggling borrowers into pursuing an unsound and ultimately fruitless legal action,” MERSCORP’s Director for Corporate Communications Jason Lobo said. “Butler’s tired legal theory that has been resoundingly rejected by Minnesota courts.”

MERSCORP Holdings, Inc. is a privately held corporation that owns and manages the MERS® System and all other MERS® products. It is a member-based organization made up of thousands of lenders, servicers, sub-servicers, investors and government institutions. Mortgage Electronic Registration Systems, Inc. (MERS) serves as the mortgagee in the land records for loans registered on the MERS® System, and is a nominee (or agent) for the owner of the promissory note. The MERS® System is a national electronic database that tracks changes in mortgage servicing and beneficial ownership interests in residential mortgage loans on behalf of its members. 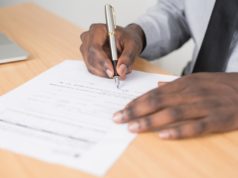