FHFA’s strategic plan discusses several steps that FHFA will take to help Fannie Mae, Freddie Mac, and the FHLBs maintain liquidity in the housing finance market. Notably, FHFA pledges to work with both Fannie Mae and Freddie Mac to address those barriers that prevent them from working with state HFAs. FHFA also makes it clear that it views strong participation from state HFAs as necessary toward ensuring a liquid and accessible housing market. FHFA also promises to work with the FHLBs to develop policies that allow for fair and equal participation by all FHLB member institutions.

The final strategic plan is nearly identical to the proposed strategic plan FHFA released in August. NCSHA submitted comments on the proposal, praising FHFA for developing a plan that “strikes a proper balance between safeguarding these entities’ fiscal health and ensuring that they continue to support a liquid and accessible housing finance market.” NCSHA also expressed strong support for FHFA’s commitment to work with Fannie Mae and Freddie Mac to increase their ability to partner with state HFAs.

FHFA’s strategic plan identifies three major performance goals: ensuring safe and sound regulated entities; ensuring a liquid, stable, and accessible housing finance market; and managing the enterprises’ ongoing conservatorship. FHFA makes it clear that it will balance these three goals equally, with none of them taking precedence over the others. 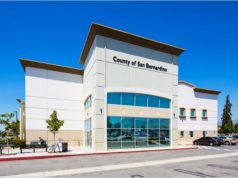