In the report, “The Effect of State Policy Suites on the Development of Solar Markets

,” NREL researchers examined a variety of policy- and non-policy-based factors that influenced state and local solar markets. On the policy side, two factors strengthen a state’s solar market in all contexts: interconnection, or policies that define the procedural requirements for connecting a PV system to the electricity grid; and net metering, or policies that enable the utility to compensate individual PV system owners though a simple billing mechanism. Non-policy issues that have implications for a solar market, such as the amount of sunlight available for potential solar generation, community interest in renewable energy, and the cost of competing grid electricity, were examined in the context of different states and local communities. The authors concluded that:

“We built quantitative evidence showing that, across the board, states with three or more market creation or market enabling policies have the most robust solar markets,” said the report’s coauthor Elizabeth Doris, a technical manager for Policy and Technical Assistance at NREL. “This study provides additional insight into how policies should be considered in light of non-policy factors to best support solar market development.”

The findings indicate that, while the age and composition of policy suites are important market foundations, solar policies are more effective when tailored to the economic and demographic background of the state. The report also includes case studies to better understand states that experience lagging solar markets despite having similar best practice policies as states with thriving solar markets. A fact sheet, animated graphic, and other resources summarizing the report’s major findings are available at NREL’s State and Local Governments website.

This report is the third in a series of analyses that attempt to determine the relationship between demographic and economic contexts, state policies, and distributed solar installed capacity. Related reports include, “The Effectiveness of State-Level Policies on Solar Market Development in Different State Contexts,

,” which found that nonfinancial incentive policies and population can explain 70% of PV capacity growth.

This body of work is supported by the Energy Department’s SunShot Initiative, which is a national effort to make solar energy cost-competitive with traditional energy sources by the end of the decade. Through SunShot, the Energy Department supports private companies, universities, and national laboratories working to drive down the cost of solar electricity to $0.06 per kilowatt-hour. Learn more at energy.gov/sunshot. 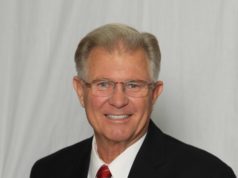 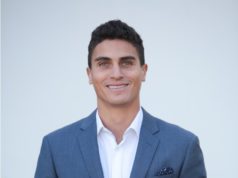 - RealEstateRama -
Bathroom renovations have become a popular choice for people to update their homes. From the moment you enter your bathroom, you know that there is something different about it as soon as you see wall tiles and fixtures in colors or styles that are not typically seen in other rooms of the house.