“Friends of the court” from coast to coast include individuals, businesses, organizations, and 29 states

SACRAMENTO, CA – March 16, 2016 – (RealEstateRama) — Scores of individuals, businesses, organizations, think tanks, and government entities, including 29 states, are siding with Pacific Legal Foundation as “friends of the court” in PLF’s high-profile Supreme Court case for property owners’ rights, United States Army Corps of Engineers v. Hawkes Co., Inc. As of today — a week after the deadline for filing as amicus curiae in PLF’s support — the count of briefs filed is 16. All of them urge the court to rule for PLF’s clients and establish the nationwide access-to-justice rule that PLF seeks:

Listen to a podcast about the amici briefs.

In glaring contrast to this parade of briefs siding with PLF, the federal government has received no amicus support in Hawkes.

“Each of the friend-of-the-court briefs offers a unique and powerful contribution,” said Mark Miller, managing attorney with PLF’s Atlantic Center and co-counsel in PLF’s Hawkes case.  “But when taken together, they send an overwhelming message:  justice requires that Americans have access to the courts when federal bureaucrats assert control of their land and their lives.  When federal regulators determine that they have Clean Water Act jurisdiction over private property such that the owners need federal permission to ever use it, the Constitution, the Administrative Procedure Act, and fundamental fairness demand that a landowner have the right to seek review and relief before a neutral court.”

The list of “friends of the court” in support of PLF includes:

In this precedent-setting case, PLF’s clients are family-owned and run businesses — Hawkes Co., providing peat for golf courses and other sports turf applications; and Pierce Investment and LPF Properties, which own some peat land.  They are prevented from using property in Marshall County, Minnesota, because federal officials have designated the land as “wetlands” subject to federal control.

“Our clients, along with everyone at PLF, are very grateful to all the parties that have submitted briefs in our support,” said PLF Principal Attorney M. Reed Hopper, who will argue the Hawkes case at the Supreme Court on Wednesday, March 30.  “Along with all theseamici, we are standing up in this case for a vital principle.  Landowners whose rights are threatened by regulatory agencies should not be denied their day in court.  Otherwise, our system of checks and balances has no meaning.”

The case is United States Army Corps of Engineers v. Hawkes Co., Inc.  More information, including PLF’s briefs, the amici briefs, a blog post, a PLF case video, and a podcast on theamici briefs, may be found at:  www.pacificlegal.org. 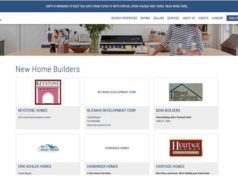 Modular Building Institute to Join the ConsensusDocs Coalition and Release the...

TWO-THIRDS OF METROS SHED CONSTRUCTION JOBS FROM AUGUST 2019 TO AUGUST...