WASHINGTON, D.C. – October 22, 2015 – (RealEstateRama) — The Solar Energy Industries Association (SEIA) applauded the Florida Supreme Court for “being on the right side of history” today in ruling in favor of the Floridians for Solar Choice Amendment.

The Supreme Court decision clears the legal hurdle for the amendment to be placed on the 2016 ballot, pending the collection and verification of the required 683,149 signatures by Feb. 1.

“As an organization – and as an industry – we strongly support the efforts of Floridians for Solar Choice,” said SEIA President and CEO Rhone Resch. “If this ballot initiative gains the voter approval it needs, solar development across the state will explode, creating thousands of new jobs and hundreds of millions of dollars in new economic activity. But most importantly, this is about consumer choice.  That’s why this initiative is being supported by groups as diverse as the Sierra Club, the Christian Coalition of America, the Florida Retail Federation and the Tea Party Network.  These groups all recognize, like we do, that people have a fundamental right to choose their energy source and have a real say in what they pay for their electricity.”

Today, there are 251 megawatts (MW) of installed solar capacity in Florida – enough to power 29,000 homes – ranking the state 14th in the nation.  But if the Floridians for Solar Choice ballot initiative is approved next year, Resch said “Florida has the potential to quickly become a Top 5 solar state, while saving money for homeowners, businesses, schools, churches and local governments.”

Celebrating its 41st anniversary in 2015, the Solar Energy Industries Association® is the national trade association of the U.S. solar energy industry. Through advocacy and education, SEIA® is building a strong solar industry to power America. As the voice of the industry, SEIA works with its 1,000 member companies to champion the use of clean, affordable solar in America by expanding markets, removing market barriers, strengthening the industry and educating the public on the benefits of solar energy. Visit SEIA online atwww.seia.org. 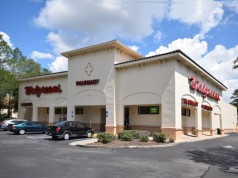 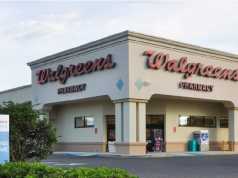