“The fall housing market has shown little sign that there’s any significant weakening in demand,” said Mike Drews, GRI, President of the Illinois Association of REALTORS® and broker-associate with Charles B. Doss & Co. in Aurora. “While we always see a seasonal slowdown this year, this month’s numbers were quite strong, and indeed were the best sales numbers for September in a decade.”

The time it took to sell a home in September averaged 64 days statewide, down from 69 days a year ago. Available housing inventory remained tight with 70,547 homes for sale, a 10 percent decline from September 2014 when there were 78,373 homes.

The monthly average commitment rate for a 30-year, fixed-rate mortgage for the North Central Region was 3.90 percent in September 2015, the same as it was the previous month, according to the Federal Home Loan Mortgage Corp. In September 2014 it averaged 4.16 percent.

In the nine-county Chicago Primary Metropolitan Statistical Area, home sales (single family and condominiums) in September 2015 totaled 9,753, an increase of 5.3 percent from the 9,261 sales in September 2014.

“The annual pattern of home sales continues with modest annual gains but negative month-over-month growth rates,” said Geoffrey J.D. Hewings, director of the Regional Economics Applications Laboratory at the University of Illinois. “The dampening effect of less-than-expected job growth has not yet affected the housing market and housing prices continue to climb modestly. At the state level, the median price index, adjusted for inflation, is 91 percent of the 2008 peak; for Chicago, the comparable figure is 86 percent.”

“With increased sales and even stronger median price numbers, the Chicago market still shows a lot of life as we enter the last few months of the year,” said Dan Wagner, president of the Chicago Association of REALTORS® and senior vice president of government relations for The Inland Real Estate Group. “The continued low number of homes available for sale shows consumers are still very much interested in buying.”

Sales and price information is generated by Multiple Listing Service closed sales reported by 29 participating Illinois REALTOR® local boards and associations including Midwest Real Estate Data LLC as of Oct. 7, 2015 for the period of Sept. 1 through Sept. 30. The Chicago PMSA, as defined by the U.S. Census Bureau, includes the counties of Cook, DeKalb, DuPage, Grundy, Kane, Kendall, Lake, McHenry and Will.

The Illinois Association of REALTORS® is a voluntary trade association whose 43,000 members are engaged in all facets of the real estate industry. In addition to serving the professional needs of its members, the Illinois Association of REALTORS® works to protect the rights of private property owners in the state by recommending and promoting legislation to safeguard and advance the interest of real property ownership. 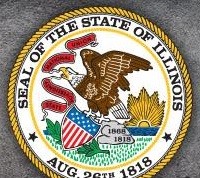