WASHINGTON, D.C. – RealEstateRama – More than 13,000 people have submitted comments to the Department of Housing and Urban Development (HUD) in response to a new rule that would effectively eliminate a core civil rights tool under the Fair Housing Act. With less than a month left in the comment period, civil rights groups are calling on supporters of the Affirmatively Furthering Fair Housing (AFFH) mandate to let HUD know that they oppose its proposed rule.

The proposed rule would gut an important housing discrimination protection that is designed to correct discriminatory housing practices and address the lasting impacts of government and privately sponsored residential segregation. Civil rights advocacy groups are coming together to oppose this rule and ask that all who support inclusive, equitable communities submit a comment to HUD by March 16.

This latest attack from the Trump administration against civil rights protections comes as we celebrate Black History Month and reflect on the legacies of those who helped inspire the Fair Housing Act of 1968, including Dr. Martin Luther King, Jr. Advocacy groups are asking allies to recommit to fighting racial discrimination in all its forms by supporting the 2015 AFFH rule and speaking out against HUD’s callous walk backs of civil rights tools.

“In addition to ending housing discrimination, the Fair Housing Act sought to promote diverse, inclusive communities; the law’s AFFH mandate and subsequent 2015 rule were put in place specifically to help accomplish this. By gutting the 2015 rule, which required jurisdictions and public housing authorities to analyze barriers to fair housing and adopt plans to overcome them, HUD’s latest proposal would make it impossible to effectively implement AFFH,” said Lisa Rice, president and CEO of NFHA. “HUD’s proposal is not a fair housing rule. It is a deregulation rule that would severely weaken fair housing compliance and further entrench segregated housing patterns. This attack on fair housing is part of the Trump administration’s larger ongoing efforts to dismantle civil rights protections, and it must be stopped.”

“This administration continues to undermine our most basic civil rights laws. We will not let this happen,” said Shamus Roller, executive director of the National Housing Law Project. “Together we will work to fight for housing justice, and we call on the public to fight with us by submitting a comment to HUD and sharing this information widely.”

“Housing justice and racial justice are inextricably linked. More than 50 years after the passing of the Fair Housing Act, Black and Latino people are disproportionately harmed by the housing crisis,” said Diane Yentel, president and CEO of the National Low Income Housing Coalition. “Until the 2015 AFFH rule, no meaningful guidance existed to combat the decades of segregation laws built into federal housing policies. The AFFH rule was a critical step in addressing historic and current discrimination. By gutting this rule and proposing provisions that eliminate any accountability by the federal government, states, and local communities to work to undo segregation, this administration is taking a big step backwards. We will not stand for the willful neglect of HUD’s obligation to advance fair housing access to all communities. We will remain dissatisfied and active until Secretary Carson vigorously enforced the country’s obligation to further fair housing.”

“Secretary Carson’s abdication of his duty to ensure that states, cities and counties, and public housing authorities advance fair housing and racial justice will not stand,” said Kristen Clarke, President and Executive Director of the Lawyers’ Committee for Civil Rights Under Law. “This proposal would set the clock back on civil rights by decades and send an unmistakable and unacceptable message: HUD is asleep at the switch and will not intervene in the face of structural bias in government housing policy.”

“The Department of Housing and Urban Development (HUD)’s proposal to redefine affirmatively furthering fair housing (AFFH) inherently undermines the purpose of the Fair Housing Act. This proposed rule change would undo years of progress on fair housing and desegregation in this country, and it represents an egregious continuation of this administration’s dismantling of countless longstanding and hard-won civil rights protections,” said Lisa Cylar Barrett, director of policy at the NAACP Legal Defense and Educational Fund, Inc. (LDF). “With one month remaining until the comment period on the proposed rule change is closed, it is imperative that the public lets HUD know that it does not support redefining AFFH  — and that the administration should continue implementing the 2015 version of the AFFH rule, and not adopt this proposed new rule. If this new AFFH definition is enacted, it will only serve to further exacerbate racial disparities in housing in the United States.”

“What HUD is proposing violates the Fair Housing Act,” said Sasha Samberg-Champion, counsel at Relman Colfax. “As courts have held for decades, HUD has to spend federal money in a way that promotes integrated communities. But now HUD proposes to give billions of dollars every year to jurisdictions without requiring any meaningful commitment to fair housing in return. This amounts to taking the ‘fair housing’ out of the critical ‘affirmatively furthering fair housing’ provision.”

“In 2015, we along with other civil rights advocates celebrated the promulgation of the 2015 AFFH rule. That rule provided clarity and enforcement measures for the affirmative mandate of the Fair Housing Act as well as a robust framework for fair housing planning (the Assessment of Fair Housing) for the first time in almost half a century,” said Megan Haberle, deputy director of the Poverty & Race Research Action Council. “The Trump administration’s 2020 proposed rule erases those gains. It is an attempt to write away the Fair Housing Act’s call upon government actors to advance racial justice and remedy segregation.”

“The proposed regulation continues the administration’s long campaign to strip away protections for people of color, people with disabilities and other vulnerable groups,” said Odette Williamson, staff attorney and director of the National Consumer Law Center’s Racial Justice and Equal Economic Opportunity Project. “Instead of rolling back protections, HUD needs to hold communities accountable for identifying and correcting current and historic patterns of segregation and discrimination.”

Advocacy groups and allies have voiced their opposition to HUD’s proposed rule in The New York Times (twice), MarketWatch, American Banker, and BET.

Additionally, fair housing groups across the country are organizing a week of action from March 9 to 13, and will host comment writing parties and tweetstorms encouraging allies to submit their comments ahead of the March 16 deadline.

Go to https://nationalfairhousing.org/affh/ to submit a comment and find more information. 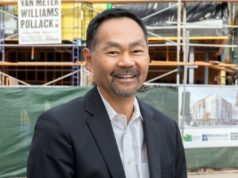 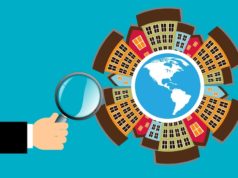