WASHINGTON, D.C. – October 27, 2014 – (RealEstateRama) — A federal district court in Southern California has ordered a judgment of nearly $515,000 against Mark Nagy Atalla, a defendant in a 2013 Federal Trade Commission action targeting deceptive mortgage and debt relief pitches. The court imposed the judgment after finding Atalla had hid assets and misrepresented his financial condition to the agency. The judgment originally was suspended in Atalla’s settlement order with the Commission, based on his supposed inability to pay.

“The court’s order in this case makes a very clear point,” said Jessica Rich, Director of the FTC’s Bureau of Consumer Protection. “When you sign a settlement order with the Federal Trade Commission, you’d better be up-front about your assets. If you’re not, we won’t hesitate to collect suspended monetary judgments.”

According to the FTC’s complaint, filed in December 2013, Atalla and his two companies violated the FTC Act and the Mortgage Assistance Relief Services Rule (known as the MARS Rule or Regulation O) when they promised to substantially lower consumers’ monthly mortgage payments in exchange for an up-front fee ranging from $1,495 to $4,495. The complaint charged that in addition to misrepresenting the likelihood that consumers would obtain a mortgage modification, the defendants falsely represented that consumers who did not receive a modification would receive full refunds, falsely represented that they were affiliated with the U.S. government, and falsely claimed to provide legal representation to consumers.

Under the stipulated order settling the FTC’s charges, in addition to being banned from participating in the debt relief and mortgage relief industries, Atalla was subject to a suspended judgment of $514,910, provided he turned over several assets. The court order announced today lifts the suspension and requires Atalla to pay the full judgment, minus $650 he previously paid, plus interest for failing to disclose material assets and making misrepresentations on his financial statements.

The Federal Trade Commission works for consumers to prevent fraudulent, deceptive, and unfair business practices and to provide information to help spot, stop, and avoid them. To file a complaint in English or Spanish, visit the FTC’s online Complaint Assistant or call 1-877-FTC-HELP (1-877-382-4357). The FTC enters complaints into Consumer Sentinel, a secure, online database available to more than 2,000 civil and criminal law enforcement agencies in the U.S. and abroad. The FTC’s website provides free information on a variety of consumer topics. Like the FTC on Facebook, follow us on Twitter, and subscribe to press releases for the latest FTC news and resources.
Press Release Reference:
Defendants in Two Financial Services Schemes Banned from Providing Mortgage and Debt Relief Services
Contact Information 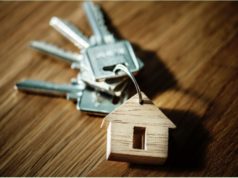 Tips for Buying a New Construction Home: How to Buy a New Home?

The Benefits of Being a Privileged Entrepreneur

What Is a Multiple Listing Service (MLS)? 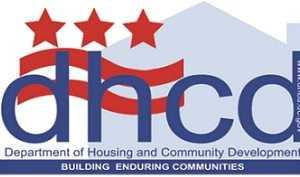 - DHCD -
Mayor Muriel Bowser, along with Office of the Deputy Mayor for Planning and Economic Development (DMPED), announced the closing of financing on Riggs Place Park in Ward 4,