Chicago – April 30, 2015 – (RealEstateRama) — When Federico Peña ran for mayor of Denver in 1983, he envisioned a city no one had imagined to date – and his campaign slogan, “Imagine a Great City,” resonated with voters, propelling him to become the city’s youngest mayor (at 36) and the first of Hispanic heritage. Now, three decades later, Peña addressed the midyear conference of The Counselors of Real Estate, held in Denver April 19 – 22, to reassess his vision — and the reality.

His advice: “Here’s how you make things happen — bring people together to face a common problem and find the solution together; think regionally, not locally; (and) rely on your own resources, not the Federal government.” Counselors of Real Estate, seasoned property experts from around the world, filled the room to capacity, noting that their advisory work with cities and communities to solve complex real estate problems is compatible with the approach Peña utilized to solve real estate challenges in Denver.

Today, Denver is one of the fastest growing cities in the U.S., attracting droves of highly-desirable young tech-sector workers and Millennials. A successful mile-long pedestrian mall is a busy shopping, entertainment and arts district with free public transportation; a new light rail system links suburbs and neighborhoods to the business district. A regional airport keeps air pollution and noise outside the city and benefits the entire region. And as one of the four states where recreational cannabis is legal, the Denver economy is thriving.

Peña is no longer in politics; he is senior advisor at Vestar Capital Partners in Denver. He previously served as U.S. Secretary of Transportation and Secretary of Energy during the Clinton Administration. But as mayor from 1983 – 1991, his vision set the foundation for Denver’s future progress.

Although his idea of bringing people together to change a city’s future seems simplistic, it was anything but in Denver in the 1980s where, according to Peña, the unemployment rate was two percent above the national average and the central business district was plagued with a 31 percent vacancy rate. He credits his relentless drive to “get people sitting down at the same table and talking” as his catalyst for change. “Diverse entities actually can find common ground,” he said. Among them were business associations and civic groups, various political factions, mayors of surrounding towns, regulators and neighborhood residents.

Peña noted that when he became mayor in 1983, Denver was in the middle of a deep recession, and many real estate practitioners and architects had pulled up stakes and left Denver for booming locales in California. But those who stayed persevered, and ultimately Denver was redeveloped, including a new convention center and a new regional airport complex well outside the city boundaries.

Peña tells mayors to think regionally, not locally – “For example, think Denver metropolitan area vs Beijing or Shanghai, not Denver vs the suburbs,” he explained. He noted that “An entire region shares issues such as air pollution and unemployment – there are no local boundaries.”

He also said, “Rely on your own resources, not the Federal government. Government resources are diminished.” He endorsed public/private partnerships as a way to get projects accomplished in any city, including light rail and transit oriented development.

He returned to the theme of listening to neighborhood groups multiple times during his remarks, citing that while difficult, with hard work, all entities can be satisfied. His advice to real estate practitioners who are developing projects: “Listen to the neighborhood groups (that are impacted by the project); projects can be scaled to satisfy all entities. It’s better to get things done than to constantly fight.”

The Counselors of Real Estate®, established in 1953, is an international group of high profile professionals including members of prominent real estate, financial, legal and accounting firms as well as leaders of government and academia who provide expert, objective advice on complex real property situations and land-related matters. Membership is selective, extended by invitation only. The organization’s CRE® (Counselor of Real Estate) credential is granted to all members in recognition of superior problem solving ability in various areas of real estate counseling. Only 1,100 people in the world hold the CRE credential. For more information, contact The Counselors of Real Estate, 430 N. Michigan Avenue, Chicago, IL 60611; 312/329.8427; http://www.cre.org 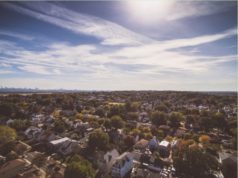 2021 Predictions for the UK Property Market: Daniel Chard from Bird and Co. Discusses

Thinking About Selling Your Home: Consider These Factors Beforehand

Tips for Using Your Greenhouse During Autumn

- RealEstateRama -
If you love shoes, you need to have proper storage. You may already be owning a big closet and entryway, but that doesn’t mean they’re the most suitable storage. If you’re always in a hurry to pick shoes to wear while going out, they’ll pile up at the front of the closet or door in a very random way. Sometimes, they may even get tossed to the end of your wardrobe.

Thinking About Selling Your Home: Consider These Factors Beforehand