“I’m fighting every day in the Senate to prepare Rhode Island homes and businesses for the growing threat of sea level rise caused by climate change,” said Whitehouse.  “Coastal resiliency funding can’t get to the Ocean State and other coastal states and territories quickly enough because these kinds of complicated projects often take years to design and execute.  I’m grateful to my colleagues Congressmen Langevin and Cicilline for supporting this measure in the House.”

Rhode Island’s Coastal Resources Management Council (CRMC) received a $280,000 grant from the inaugural round of funding of the National Coastal Resilience Fund last fall.  CRMC is using the funding to identify sites along Rhode Island’s coastline vulnerable to sea level rise and design projects to prevent those areas from flooding.

CRMC projects the Rhode Island coastline will see between 9 and 12 feet of sea level rise by the end of the century.  The 2017 U.S. Atlantic hurricane season was the most expensive ever, causing $202.6 billion in damages and widespread harm to coastal communities and ecosystems.

The disaster relief package also makes major investments in getting residents of Puerto Rico, the South, and the Midwest back on their feet in the wake of natural disasters. 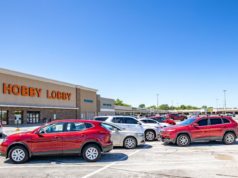 Nearly half of L.A. tenants owe back rent

How to Automate Real Estate Investment and Focus on Deal Flow

- RealEstateRama -
Owning rental homes has so many responsibilities that the owners often have to look for professional services for successful management. It is more evident for all those owners, who have rented more than one apartment. In San Antonio, many companies provide professional rental management services. However, most of them claim to provide the best service to their clients.

Nearly half of L.A. tenants owe back rent