WASHINGTON, D.C. – September 22, 2015 – (RealEstateRama) — As part of the program for the 2015 NMHC Board of Directors and Advisory Committee meeting, six young multifamily investment sales professionals discussed the best investment opportunities in their respective geographic markets, which buyers and sources of capital are succeeding in allocating capital and what innovation their industry may bring to the market.

When it came to individual markets, each of the panelists said there were few signs of investment activity slowing down in his or her respective market thanks to positive population trends and job growth.

“If you’re not busy now [in Atlanta], you might want to think about getting into a different asset class,” said Mikkelsen.

Similarly, Wiard said the San Francisco market remained hot, pointing to one project she knew of that was leasing at 40 units a month versus a projected 25 a month.

While market fundamentals remain solid, the panel noted that there’s still a flight to quality assets and locations. However, the panel also noted that investors have started scaling back some of their underwriting expectations, particularly when it comes to rent growth.

“[Investors] need to have a picture of what the delivery schedule is [for ground-up development],” said Mikkelsen. “If I build this and need to own it for 10 years, is this a location that I’m comfortable owning for the next ten years? If your project meets that criteria, liquidity is there. But if you are in the path of growth, the liquidity is harder to find. It’s almost a pass.”

Amato added, “In Boston, if you’re outside the institutional investment box (which is really core), it’s thin. There’s not a lot of activity and the spreads are unnaturally wide. For example, I see opportunity at a suburban value add at 5.5 percent when urban is 3.5 percent. The gap is too wide.”

Regardless, the panel said that value add seemed to be the buzz word of the day, but the definition of such varied wildly by market. In many cases, it applied to suburban product and location in need of some degree of rehab or repositioning; however, in others, it could apply to newer product where operational changes could increase asset value.

When asked about the presence of foreign capital, the panel remarked that there’s some limited activity, but New York seems to have the corner on the market. “There’s still a pretty big disconnect between foreign capital and advisors understanding how our business works,” explained Espenshade.

Moreover, the active capital isn’t coming from the usual suspects. “Most people think China when they think foreign capital,” said Amato. “But they’ve been the least active—at least in the Boston market—from what we’ve seen. Norwegians have been active in the office market, but in multifamily, it’s been limited. We’re about to see our first closing for a first foreign buy from a Swedish pension fund. We’re just touching the beginning of it. A lot participate in our bidding process, but the core investors are still waiting.”

Casas added, “We’ve seen a lot of foreign capital coming in. There’s been roughly $7.3 billion through the first half of 2015, which is 30 percent more than all of 2014. The biggest investors have been from Canada, followed by the Middle East, China and Asia. … Traditionally that kind of capital has always wanted those gateway markets … but that has shifted and they’re coming to the Sun Belt. We’ve seen them in Orlando, Raleigh and others.”

In terms of other trends, the panel noted that portfolio deals were becoming harder to come by as investors were choosier about the assets. Casas noted, “Every portfolio that has traded over the past three has three general characteristics: homogenous product, scale and geographic diversity. … Those that have had those characteristics have a portfolio premium of 3 percent to 10 percent. But it’s got to be very strategic. No mixed bags—those generally get busted up and taken down in pools

“Many portfolios tend to have a dog,” said Espenshade. “They have one that they need to get rid of so they pair it with another four. But the number of deals doesn’t make a deal; you’re actually doing the other four deals a disservice.” 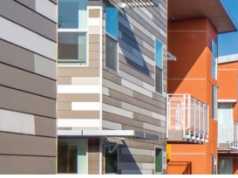