There has probably been no greater public policy mistake in housing than Washington trying to put people into homes they cannot afford to keep.  It was clearly the number one reason our nation suffered the number two worst financial crisis in our history.

Not three weeks ago HUD announced after secret deliberations that it again wants to double down on these failed policies, AND breach its fiduciary duty to hardworking taxpayers while doing so.

Specifically HUD has now announced what it describes as the “most significant” changes ever to the Distressed Asset Stabilization Program known as “DASP.”  DASP, as most Committee members know, is a program that allows a pool of delinquent mortgages headed for foreclosure to be sold competitively on the open market. This is done in order to minimize losses to the FHA’s Mutual Mortgage Insurance Fund, or “MMIF.”

Bidders are encouraged to work with borrowers to help bring the loan out of default. This is a challenge since the average loan in the pool has been in default for almost 2 ½ years and it has already been subject to numerous foreclosure mitigation measures.

After no notice, no public comment period, no public debate, and no transparency, HUD announced it will no longer maximize taxpayer recovery by selling these mortgages through an open and competitive bidding process.  Instead, it will offer lower priced “preferential bidding options” to non-profits and local governments, or, many of us believe more accurately, to known political allies.  Additionally, as part of HUD’s eleven specific changes to DASP, private purchasers will now be punished if they get stuck with a vacant property, thus assuring a decrease in private sector bidding.  As a result, taxpayer recoveries through the DASP will be reduced, further exacerbating the financial stresses placed on the FHA which, lest we forget, recently required a $1.7 billion taxpayer bailout. What we are witnessing is nothing less than the gradual transformation of FHA from the mutual insurance program designed to help low income, moderate income, and first time homebuyers, into a social program designed to help special interest groups.

Why has all of this happened?

Well, we had a recent report, on April 12th, POLITICO published a story entitled “Progressive groups target Julián Castro.”  It stated, in part, “a coalition of [progressive groups]…are launching a preemptive strike against [Castro], aimed at disqualifying him from consideration to be Hillary Clinton’s running mate…attacking Castro on the relatively obscure issue of his handling of mortgage sales.”

The story goes on to say: “Julian Castro’s Housing and Urban Development Department announced significant changes Thursday to a federal program that sold delinquent mortgages to private investors — a move that mollified progressive critics who threatened to undermine his vice presidential prospects.”

Mr. Secretary, these clearly are disturbing reports to say the least and I hope and trust you will address them in your statement today.

To conclude, it is surely worth repeating that there is no better foreclosure mitigation program than a job with growing wages and a bright future. Also, a bankrupt FHA and a bankrupt America can help no one stay in their home, much less afford them an opportunity to buy one in the first place.

This attack on FHA’s insurance fund must be stopped. 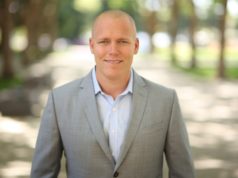 7 Advantages of Living In a Gated Community

When to Expect the Highest Value of Any Property