“President Trump just signed another part of our bipartisan infrastructure agenda into law. This one rebuilds our nation’s dams, ports, and waterways,”said McMorris Rodgers. “I’m proud to lead on provisions in this bill to bring jobs and economic development to Whitman County, and to bolster clean, renewable, and reliable hydropower energy in the Pacific Northwest.”

Note: This bill includes a provision from the Chair’s Hydropower Policy Modernization Act of 2017 (H.R. 3043), which passed the House with bipartisan support in November 2017. The provision promotes early action, infrastructure, and improvements at non-federal dams. This promotes necessary additions to dams like fish friendly turbines and critical maintenance. Right now, these improvements must be made within a small window of time to count towards a dams’ new license. With this language included, these improvements can be made outside of that window and count towards the next license. 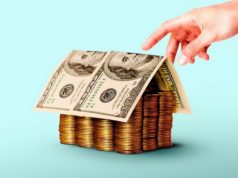 Beware! These Property Scams Can Cost You

- RealEstateRama -
Purchasing a home is a major financial transaction, and usually involves the potential homeowner becoming a borrower as well. Most homeowners secure mortgages that last for 30 years