WASHINGTON, Nov. 21 /PRNewswire-USNewswire/ — The vast majority of metropolitan areas showed rising or stable home prices in the third quarter with most experiencing modest gains compared with a year earlier, despite a broad decline in existing-home sales, according to the latest quarterly survey by the National Association of Realtors.

In the third quarter, 93 out of 150 metropolitan statistical areas(1) show increases in median existing single-family home prices from a year earlier, including six areas with double-digit annual gains and another 21 metros showing increases of 6 percent or more; 54 had price declines, and three were unchanged. Regionally, prices rose in both the Northeast and Midwest, as did the national condo price.

Lawrence Yun, NAR chief economist, said the data underscores the fact that all real estate is local. “Some metro areas are hot while others are experiencing localized problems,” he said. “The report also shows that home prices in the vast midsection of America, from the Appalachians to the Rockies, are affordable and, perhaps, even undervalued.

“This quarterly metro home price report is the most meaningful long-term series available on price performance because it looks at all of the available transactions in a given area. Unlike other home price series that are based on county records and mortgage securities, which are collected well after the actual transaction date, NAR has the most timely information directly from multiple listing services. We also report actual market prices rather than just the percentage changes so people can compare housing values around the country.”

Even with most areas showing improvement, a disruption in higher priced sales impacted the national median existing single-family home price, which was $220,800 in the third quarter, down 2.0 percent from the third quarter of 2006 when the median price was $225,300. The median is a typical market price where half of the homes sold for more and half sold for less.

NAR President Richard Gaylord, a broker with RE/MAX Real Estate Specialists in Long Beach, Calif., said consumers need to understand what’s going on in their own area. “There is no such thing as a national housing market – it doesn’t perform like the equities markets,” he said. “What’s really important for consumers is to make informed decisions based on individual needs, desires and timelines in a given area. Most people plan to stay in a home for 10 years, and for buyers with a long-term view, housing is an excellent investment.”

The typical seller purchased their home six years ago, with the median price in the third quarter of 2001 at $159,100. Despite the dip in the national median price over the past year, the median increase in value for home sellers who bought six years ago is 38.8 percent. “Nearly every market is showing positive long-term gains, with a home equity accumulation of $61,700 over the past six years for a typical U.S. homeowner,” Gaylord said. “Even in most of the places that are undergoing a large price decline, long-term increases are quite respectable. For example, the Sarasota area of Florida is showing a median rise in home value of $112,000 over the typical holding period, and ranks well above norm for overall gains.”

Median third-quarter metro area single-family home prices ranged from a very affordable $81,600 in the Youngstown-Warren-Boardman area of Ohio and Pennsylvania, to more than 10 times that amount in the San Jose-Sunnyvale-Santa Clara area of California, where the median price was $852,500. The second most expensive area was San Francisco-Oakland-Fremont, at $825,400, followed by the Anaheim-Santa Ana-Irvine area (Orange County, Calif.), at $700,700.

Other affordable markets include the Saginaw-Saginaw Township North area of Michigan, with a third-quarter median price of $84,900, and Decatur, Ill., at $85,900.

In the condo sector, metro area condominium and cooperative prices – covering changes in 59 metro areas – show the national median existing condo price was $226,900 in the third quarter, up 2.0 percent from $222,500 in the third quarter of 2006. Forty-one metros showed annual increases in the median condo price, including six areas with double-digit gains; 18 areas had price declines.

The strongest condo price increases were in Bismarck, N.D., where the third quarter price of $133,300 rose 22.3 percent from a year earlier, followed by the Austin-Round Rock area of Texas, at $171,700, up 19.2 percent, and the Portland-Vancouver-Beaverton area of Oregon and Washington, where the median condo price of $210,200 rose 14.9 percent from the third quarter of 2006.

Metro area median existing-condo prices in the third quarter ranged from $114,000 in the Rochester, N.Y., area, to $663,700 in the San Francisco-Oakland-Fremont area. The second most expensive condo market reported was Los Angeles-Long Beach-Santa Ana, at $388,800, followed by the San Diego-Carlsbad-San Marcos area at $351,900.

Other affordable condo markets include Wichita, Kan., at $117,100 in the third quarter, and the Cincinnati-Middletown area of Ohio, Kentucky and Indiana at $117,500.

Total state existing-home sales, including single-family and condo, were at a seasonally adjusted annual rate(2) of 5.42 million units in the third quarter, down 13.7 percent from a 6.29 million-unit pace in the third quarter of 2006. “The housing market correction is clearly focused on transaction volume and not in home prices,” Yun noted.

Only two states showed annual gains in existing-home sales from the third quarter of 2006, while complete data for two states were not available. In North Dakota, the level of third-quarter sales rose 2.9 percent from a year ago, while Vermont increased 0.8 percent. “The biggest decline in sales appears to be concentrated in areas that had significant levels of speculative investment, including Nevada, Florida and Arizona,” Yun said.

After Salt Lake City and Yakima, the strongest metro price increase in the West was in the San Jose-Sunnyvale-Santa Clara area, which increased 9.4 percent from a year ago, followed by the San Francisco-Oakland-Freemont area, up 8.6 percent from the third quarter of 2006.

The National Association of Realtors(R), “The Voice for Real Estate,” is America’s largest trade association, representing more than 1.3 million members involved in all aspects of the residential and commercial real estate industries.

(1) Areas are generally metropolitan statistical areas as defined by the U.S. Office of Management and Budget. A list of counties included in MSA definitions is available at:

Regional median home prices include rural areas and samples of many smaller metros that are not included in this report; the regional percentage changes do not necessarily parallel changes in the larger metro areas. The only valid comparisons for median prices are with the same period a year earlier due to seasonality in buying patterns. Quarter-to-quarter comparisons do not compensate for seasonal changes, especially for the timing of family buying patterns.

NAR began tracking of metropolitan area median single-family home prices in 1979; the metro area condo price series was launched at the beginning of 2006, with several years of historic data.

Because there is a concentration of condos in high-cost metro areas, the national median condo price sometimes is higher than the median single-family price. In a given market area, condos typically cost less than single-family homes. As the reporting sample expands in the future, additional area will be included in the condo price report.

Tables of metropolitan area median prices, percent changes and some historic data are available at the site below – under Research click on Housing Statistics, then scroll down the center to Metropolitan Area Prices.

(2) The seasonally adjusted annual rate for a particular quarter represents what the total number of actual sales for a year would be if the relative sales pace for that quarter was maintained for four consecutive quarters. Total home sales include single family, townhomes, condominiums and co-operative housing. NAR began tracking the state sales series in 1981.

Seasonally adjusted rates are used in reporting quarterly data to factor out seasonal variations in resale activity. For example, sales volume normally is higher in the summer and relatively light in winter, primarily because of differences in the weather and household buying patterns.

Tables of state resale rates, percent changes and some historic data are available at the site below under Research – click on Housing Statistics, then scroll down the center to State Existing-Home Sales.

Information about NAR is available at www.realtor.org. This and other news releases are posted in the News Media section. Statistical data in this release, other tables and surveys also may be found by clicking on Research.

REALTOR(R) is a registered collective membership mark which may be used only by real estate professionals who are members of the NATIONAL ASSOCIATION OF REALTORS and subscribe to its strict Code of Ethics. Not all real estate agents are REALTORS. All REALTORS are members of NAR. 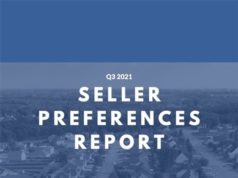 TWO-THIRDS OF METRO AREAS ADD CONSTRUCTION JOBS FROM OCTOBER 2020 TO OCTOBER 2021, BUT PANDEMIC AND SUPPLY CHAIN WOES MAY LIMIT GAINS 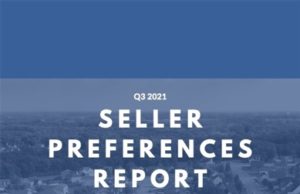