The Nation is in the Midst of an Affordable Housing Crisis

In the wake of the financial and mortgage meltdown, there is now a more urgent crisis in affordable housing, which has become increasingly scarce for extreme low-income households, those who make no more than 30 percent of the median family income in their communities. These poor families are now in trouble despite the billions of dollars spent to address the national housing crisis. NLIHC estimates that only 5.6 million housing units exist for the 10.1 million extreme low-income households that need them. The vast majority of these households – 76 percent – are currently spending more than 50 percent of their income on housing costs. Nearly half of these households are families with children, many considered at high-risk for homelessness.

The NLIHC proposal would limit the mortgage interest deduction (MID) to the first $500,000 of mortgage debt and convert it to a 15 percent non-refundable tax credit. The change would carefully target the tax benefit to where it is needed the most – low and middle-income Americans, especially those who cannot itemize deductions and thus fail to benefit from the current tax law. Under this proposal, taxes will be reduced for 16 million American households with incomes of $100,000 or less per year.

The proposed change to the MID would generate approximately $200 billion in savings in the first ten years, which the NLIHC proposal would invest into the National Housing Trust Fund (NHTF). The NHTF was signed into law in 2008 by President George W. Bush with bipartisan support, but has never been funded. The Trust Fund was intended to provide communities with funds to build, preserve, rehabilitate and maintain rental homes that are affordable for extreme and very low income households. Trust Fund dollars would go to states providing grants to qualified housing organizations to provide affordable homes for the people who need the most help.

A new poll conducted for NLIHC found that 74 percent of respondents believe the nation is not doing enough to end homelessness, and 76 percent support funding a federal government program to make more affordable rental housing available to low-income families. Proposals to modify the mortgage interest deduction also received broad support among respondents, with 60 percent support capping or limiting the tax break or converting the deduction to a tax credit.

“An overwhelming majority of Americans want to change the way we address the epidemic of unaffordable housing for the nation’s poorest people,” said NLIHC President and CEO Sheila Crowley. “The time for solutions is now. It is time for policymakers to scrap unfair and inefficient tax subsidies for high-income Americans and instead make affordable housing available for those who need it most. NLIHC is committing $1 million toward launching this comprehensive campaign to make this vision a reality. I ask our nation’s leaders to join us. Together, we can find solutions that will improve the lives of millions of the very neediest Americans and thereby strengthen our entire nation.”

The campaign was launched in conjunction with the NLIHC’s annual conference, “United for Action,” held in Washington D.C. on Mar. 17 – 20. More than 1,000 organizations have joined NLIHC to support this historic campaign and to reach out to policy makers in support of this commonsense approach to addressing the housing needs of the nation’s most vulnerable. More information on the campaign is available at http://nlihc.org/issues/mid/.

NLIHC also announced its support of the Common Sense Housing Investment Act of 2013, authored by U.S. Rep. Keith Ellison (D-Minn.). The bill would make the modifications to the mortgage interest deduction as proposed by NLIHC and direct all the savings to affordable rental housing, including to the National Housing Trust Fund.

The poll of 802 adults was conducted by Belden Russonello Strategies between Feb. 27 and Mar. 9.The margin of sampling error is ± 3.5 percentage points.

Established in 1974 by Cushing N. Dolbeare, the National Low Income Housing Coalition is dedicated solely to achieving socially just public policy that assures people with the lowest incomes in the United States have affordable and decent homes. 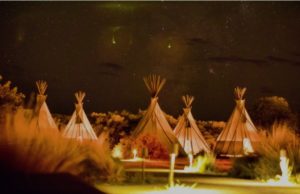 - Priyanka Kar -
Want to diversify your land, but aren’t sure where to begin? These 10 ideas should give you some inspiration to get those cogs turning…