Plaskett said VIPA would receive an additional $3.6 million to accompany the $2.3 million awarded to the authority last week, bringing the total funding awarded to construct the ARFF building to $5.9 million.

“The funding awarded today brings the total grant amount to the Virgin Islands Port Authority to $5.9 million. This Funding from the U.S. Department of Transportation is beneficial partly because it will create jobs for the duration of the construction project, but also because it will assist the Henry E. Rohlsen Airport in meeting federal safety requirements mandated by Title 14 Part 139 of the Code of Federal Regulations,” Plaskett said. 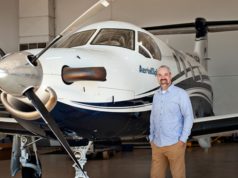