WASHINGTON, D.C. – April 25, 2013 – (RealEstateRama) — Westwood Financial Corp., one of the largest owner-operators of shopping centers in the U.S., has purchased the Lakewood Colonial Center, a 114,691-square-foot retail center in Lakewood, giving the company its second shopping center in the state. The transaction was purchased REO from a local bank and was closed in under two weeks.

“The property is uniquely located on one of the most heavily trafficked intersections in Lakewood and has a strong synergy with the highly successful Lakewood Town Center. The Pacific Northwest continues to remain a highly competitive investment market with high barriers to entry and a stable retail environment,” said Westwood Financial Corp. Executive VP Joe Dykstra. “WFC intends to add value by remodeling the property while maximizing returns through leasing efforts to re-tenant the vacant big box grocery store and stabilize the rent roll. We have several users in mind to target for the re-leasing of the former QFC market space however will consider alternative uses as the market dictates.”

The property is located on the intersection of Bridgeport Way and Gravelly Lakes Road , two main arterials with high daily traffic counts of 40,000 vehicles per day, and is less than ½ mile from the Lakewood Towne Center retail market and 3 miles from Joint Base Lewis McChord. WFC also owns the 46,727-square-foot Westgate Shopping Center in Tacoma, Wash. 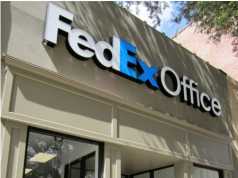 Reminder: Second half of 2015 property taxes are due Monday, Nov. 2

Cantwell Applauds Disaster Declaration for Washington Wildfires, Continues to Push Administration for Assistance for Those Who Lost Homes